BTN's Till: 5 things to watch for at the Big Ten women's tourney 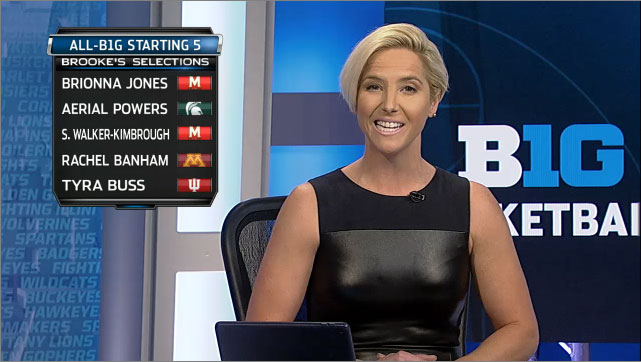 Considering the way the regular season ended with the champion being decided on the final day, fasten your seat belts, because the 2016 Big Ten Women?s Basketball Tournament could rival an Indy 500 finish. With the regular season behind us, I have five things to look forward to in the tourney.

Reminder: The tournament tips off at 1:30 p.m. ET Wednesday with No. 13 Wisconsin vs. No. 12 Northwestern, followed by No. 14 Illinois vs. No. 11 Penn State at approximately 4 p.m. No. 2 Ohio State, No. 3 Michigan State and No. 4 Indiana join the Terrapins with double-byes in Indianapolis. BTN will carry the first 12 games of the 2016 Big Ten Women?s Basketball Tournament, and all games are available on BTN2Go.

HERE COME THE POINTS: Scoring has been the tale of the season. If you like fast-paced play and triple digits, then this is the year for you as Big Ten teams combined to crack 100 points  10 times. They are:

As for the most likely early match-up to thrill? If Northwestern advances past Wisconsin on Wednesday, I?ve got my eye on Game 4, where we could see a rematch of Minnesota and the Wildcats.

AND ON DEFENSE …: I have a feeling that Rutgers is going to enter this tournament with a vengeance. With Coach Vivian Stringer back on the sidelines after her mother?s passing, it?s back to the fundamentals for the Scarlet Knights, who play strong, solid defense. Stringer has always prided Rutgers? basketball on being tough defensively – watch this team during the tourney.

BANHAM TIME: Look out for Minnesota and Rachel Banham. Banham has already proven her tenacity and competitiveness throughout the regular season. Now, with a potential trip to the NCAA on the fence, you can bet that Banham will be entering the arena with her guns blazing. The one goal she mentions in nearly every interview: Get her team to the NCAA tournament. She's never been there and now, back from here injury, I know a hell-bent Banham will be worth the price of admission, and then some.

POST PLAY: While this season has been all about the guards, a glimpse into the future of the Big Ten tells us post play will be important. Four of the six members of the All-Freshman team are bigs:

The highest seed among those four teams is Nebraska (No. 7)? All four of the teams played a lot of younger players, and that correlates to their respective finishes in the regular season. While nobody likes the word "patience" in this game, it will be a virtue down the road for those four teams. When you plant a seed, it needs time, water, and sunshine to grow into what it was meant to be. These four young ladies are no different, and they will be fun to watch this week and as they bloom in the years to come.

THE EXPERIENCE: Indianapolis pulls out the red carpet for the Big Ten tourney as there no better place to hold an event of this caliber. The teams rise to this level of excellence and lay it all on the line when the ball tips. The excitement and competitiveness in the air is electric. This is what all of the blood, sweat and tears is about. It?s why we all do what we do, and it makes it all worth it. This is the opportunity for some to start fresh, to prove a point that they belong, or to show the nation they can dominate.

So, ladies and gentlemen, start your engines for the greatest spectacle in women?s conference basketball: the Big Ten Women?s Basketball Tournament.

Here are links to watch the games on BTN2Go (all times ET).