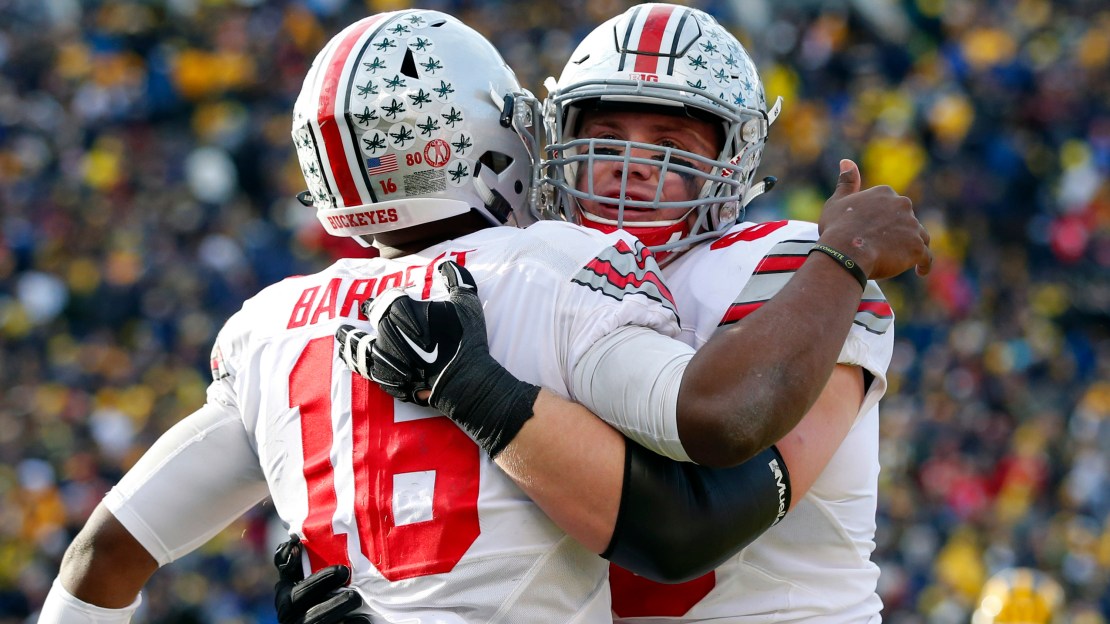 Urban Meyer has lived a charmed life since taking over Ohio State in 2012, posting a 50-4 overall record and a 31-1 Big Ten mark. His crowning feat was winning the 2014 national championship, and last year?s team looked poised to repeat before a late-season stumble at home vs. Michigan State.

Now, Meyer faces some big challenges next season. Yes, he will have some building blocks for his fifth squad, but questions loom.

A big one: Who will be the running back with Ezekiel Elliott gone? Bri?onte Dunn? Mike Weber? It could be Curtis Samuel, especially if the staff fells he isn?t needed at receiver. Samuel has the trust of the coaches. Dunn has done little in his career and has a reputation as a fumbler. Weber may be special and eventually could earn the job as the season progresses. Antonio Williams is an early enrollee to watch.

Receiver is another area that is being reshaped. Guys like Terry McLaurin, former quarterback Torrance Gibson, K.J. Hill, Dontre Wilson, Johnnie Dixon, Parris Campbell, Corey Smith and Noah Brown need to step up. And freshman Austin Mack, who is enrolled, is a stud.

1. Secondary. This area is looking for three new starters. Gareon Conley is back at one corner spot. Denzel Ward figures to be the other corner. Damon Webb and Marshon Lattimore are other options at corner who figure in the mix in nickel and dime situations. The top three safeties are Malik Hooker, Cam Burrows and Erick Smith.

2. Defensive line. This unit will have three new starters with only Tyquan Lewis back at end from a line that lost some studs. Sam Hubbard figures to be the heir to Joey Bosa?s spot at one end. Hubbard physically resembles Bosa-and possesses many of his talents. He could be special. Jalyn Holmes is another option at end. Inside, staffers will look to Donovan Munger, Tracy Sprinkle and Michael Hill, among others.

3. Offensive line. The unit will be anchored by left guard Billy Price and Pat Elflein, who moves from right guard to center. They are the lone returning starters. Look for Isaiah Prince at left tackle, Jamarco Jones at right guard and Malcolm Pridgeon at right tackle, a JC transfer who will arrive in the fall. If Pridgeon isn?t a plug-and-play guy, the right side of the line could have Evan Lisle at guard and Jones at tackle. This unit needs to develop to protect QB J.T. Barrett and open lanes for the new backs.