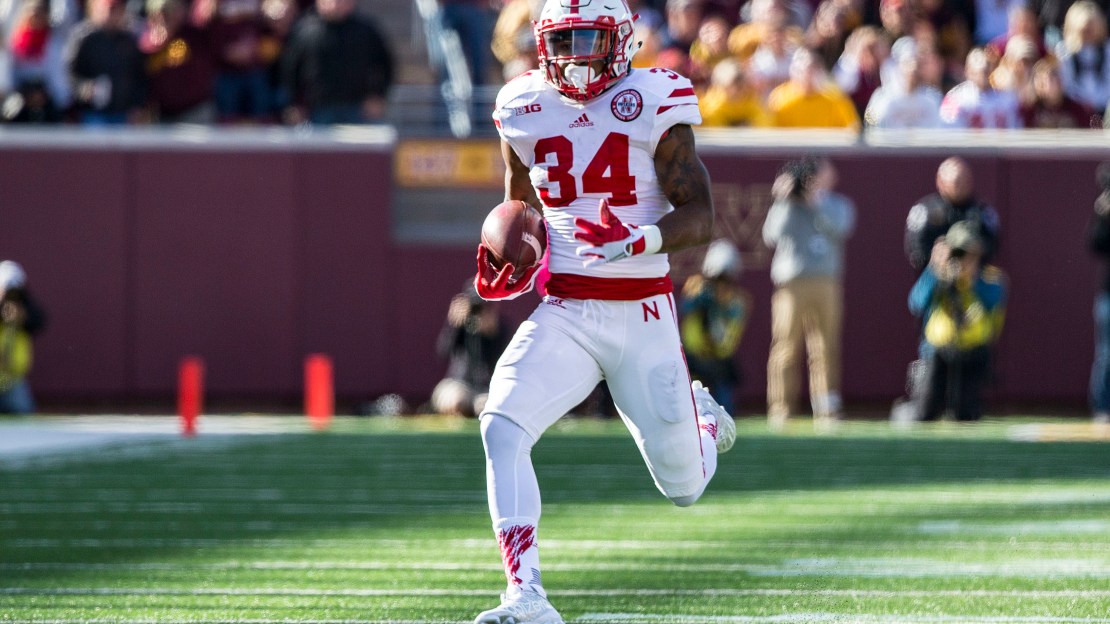 Optimism bubbles in Lincoln. Yes, Mike Riley?s debut didn?t go smoothly. It seemed each week, the Cornhuskers found a new way to lose a game. But the squad finished with some mojo, going 3-1 in its last four games with a bowl win vs. UCLA in an otherwise vexing 6-7 season.

The Huskers welcome back lots of talent on both sides of the ball, giving the staff a nice nucleus to work with. But some areas need to develop. In particular, keep an eye on the quarterback spot.

The progression of Tommy Armstrong this spring is key. Can the staff develop a winning formula for him? He seems better suited as a complementary weapon more so than a guy who is counted on to be the main weapon. Armstrong has plenty of experience and is a primo athlete, but he still makes some dubious decisions. He had 16 picks last year; he has 53 career TD pass and 36 picks. An X-factor: four-star freshman Patrick O'Brien, who is enrolled and will be in spring ball. Can he really push for the job?

1. Offensive line. The Huskers lost four starters in guard/tackle Zach Sterup, guard Chongo Kondolo, center Ryne Reeves and tackle Alex Lewis. Line coach Mike Cavanaugh will have to build around guard Dylan Utter and tackle Nick Gates. It looks like there is more depth at the interior spots than at tackle. The spring will reveal more. Gates looks like the anchor up front at left tackle and a future star. Utter is a wild card who could move to center after starting at left guard last year. If Utter takes over at center, Tanner Farmer could step in at right guard for Utter. The left guard figures to be Jerald Foster. Others to watch are Jalin Barnett and Corey Whitaker. The right tackle spot has some holding their breath. Mammoth David Knevel could be the front-runner but lacks experience.

2. Defensive line. Tackles Vincent Valentine and Maliek Collins both departed early, leaving two big holes. Try-hard end Jack Gangwish also has departed. And there is a new position coach, with Husker icon John Parrella taking over for Hank Hughes. The staff must find better defensive end production. Who is gonna bring the heat off the edge? End Freedom Akinmoladun has potential and desperately needs to excel. Ross Dzuris, more of a role player, figures to fill the other end and will be pushed by Sedrick King and Alex Davis. Inside, tackle Greg McMullen should have a big year and will tandem with Kevin Maurice.

3. Running back. Not having a true No. 1 back really held back Nebraska last year. The only key cog gone is Imani Cross. Faces to watch include incumbent Terrell Newby, who lacks sizzle and leaves fans wanting for more. Keep an eye on Devine Ozigbo, a 225-pound force. Another back that could emerge is 5-9 Mikale Wilbon, who has a lot of potential. Some feel this team needs to commit more to the run. That could mean a big opportunity for this group. But is there a stud in the bunch?