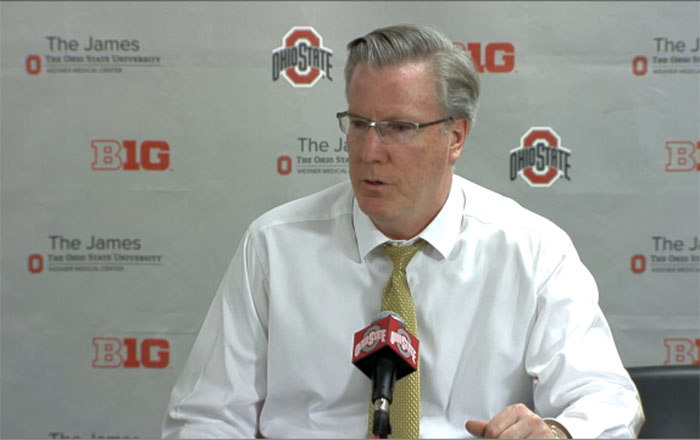 The 68-64 defeat, Iowa's fourth in its last five games, put a big dagger in the Hawkeyes' Big Ten title hopes; in fact, Indiana clinched a share of the Big Ten title, its Big Ten record-tying 22nd, with the result.

If Iowa doesn't beat Indiana on Tuesday night, the Hoosiers will claim the outright crown.

McCaffery was obviously frustrated following the latest loss, one that featured what he and the Iowa bench thought was an Ohio State foul on Jarrod Uthoff that went uncalled in the final seconds, to the point that his postgame press conference lasted a total of 82 seconds.

Watch McCaffery's short meeting with the media above.

And here's the game-sealing play.