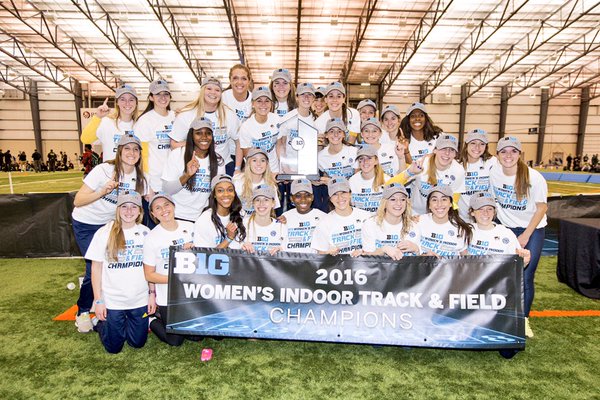 Hail to the Victors!

Michigan tallied 109 team points, while Purdue was second with 102 points. Penn State was third with 96.5 points, while Minnesota finished fourth with 89 and Iowa was fifth with 50 points.

The Wolverines recorded first-place finishes from Erin Finn in the 3,000- and 5,000-meter runs, Devon Hoppe in the 800-meter run and Shannon Osika in the one-mile run. Michigan also picked up the team title in the distance medley relay.

The complete results are attached and the All-Big Ten teams are below.