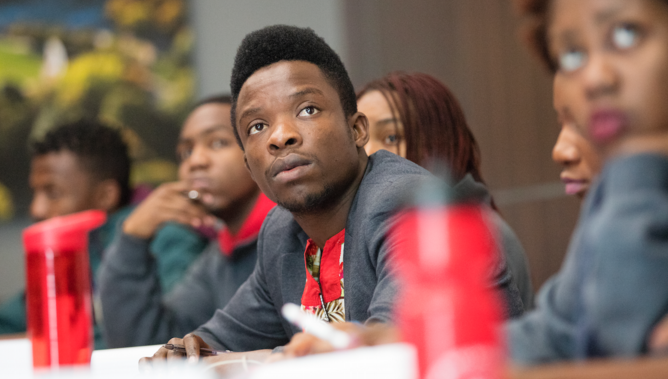 The ultimate aim of education shouldn?t be to teach students how to memorize information. It should also help broaden their horizons and prepare them to lead and improve human society. Based on that standard, it appears that the exchange program run by the University of Nebraska?s Institute of Civic Engagement is a success.

The State Dept.-sponsored program, the Study of the U.S. Institute (SUSI), invites 20 students annually from Angola, Botswana, Mozambique, South Africa and Zimbabwe to Nebraska?s campus in Lincoln for a five-week crash course in democracy, citizenship and civic engagement. The participants are chosen by the embassy in their home countries as ?young leader? candidates. 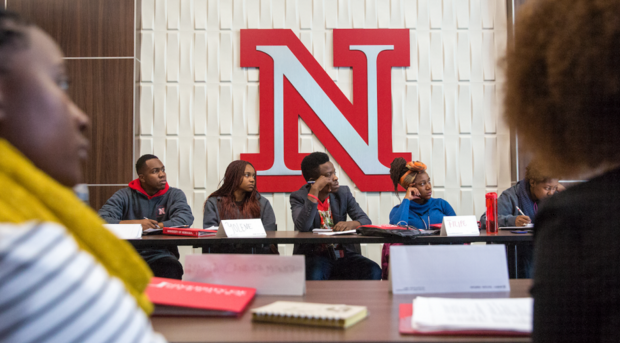 Lebogang Kekana, a student in her final year at the Central University of Technology, Free State, South Africa, participated in this year?s program. Her review was glowing.

?It was a very wonderful experience which helped me to grow as a leader and personally,? Kekana said. ?The most challenging thing for me was the cultural difference, but eventually I was able to adjust and be familiar with my surroundings and the people. The most rewarding thing was being brought together based on the principle of respect for diversity, passion for making a change in people?s lives and the desire to build everlasting, trustful friendships.?

Kekana was pleasantly surprised by the warm welcome and genuine acceptance she received from her American peers.

?I was impressed by how Americans respect people and how welcoming they were upon arrival,? she said. ?Their behavior never changed; they?ve been with us from the beginning until the end. Even in their busy schedule, they made time to be with us or to make out stay in the U.S. much easier.?

Once they arrive at Nebraska, the SUSI students take a four-week class. Topics include American government, history and society, as well as human rights and civic activism. These lectures are supplemented with interactive classes focused on social change leadership and community service.

?[My favorite part of the program is] getting to know the students and learning more about their countries,? said Patrice McMahon, director of the university?s Institute of Civic Engagement. ?These students are truly the cream of the crop. I especially enjoy talking to SUSI students about poverty in America and the differences between the United States and Africa. [The students] are very participatory and they love to talk, express themselves and have fun. They love learning and interact differently than most American students.?

Following this year?s four-week course, students spent the last week visiting Birmingham, Ala., to learn more about the Civil Rights movement in this country. That was followed by a trip to Washington, D.C. Throughout that final week, participants also took part in community service activities in addition to cultural experiences.

With the conclusion of this year?s session, the SUSI program has finished its third year at Nebraska. McMahon traveled to Africa this month to visit with some of the past participants and examine the downstream impact of the program.

?I am in South Africa to understand the effects [of Study of the U.S. Institute] on students after two years and one year,? she said. ?I am learning that they learned a lot about the importance of creating networks, especially across borders. They also learned a lot about their own country and how to address different problems and issues.?

Importantly, the program isn?t seeking to ?convert? them to the Western view of ideas of governance and citizenship, but rather aims to get the SUSI students to think more deeply about those concepts.

[btn-post-package]?My major takeaway is that as a person, you need to be humble at all times because that?s what a good leader does,? Kekana said. ?I also realized that if you identify a problem, stand up and bring solutions. Don?t stand aside and be part of the problem.

?I believe I finished the program a better person than I was before coming to the U.S. I now understand that the world is not the glitz and glam that we see on social media. The world has bigger issues, which we need to respond to as people. By working together, we can make a better life for ourselves and the next generation.?

While Nebraska students act as ambassadors to the program, McMahon said ?there is no exchange with UNL students - yet.? For now, they benefit from the opportunity to ask questions and form friendships with their African counterparts.

?What I love most about SUSI is that you not only go there and focus on academics,? Kekana said, ?but each and every person you meet touches you in a unique way and a lifetime of friendships are created.?