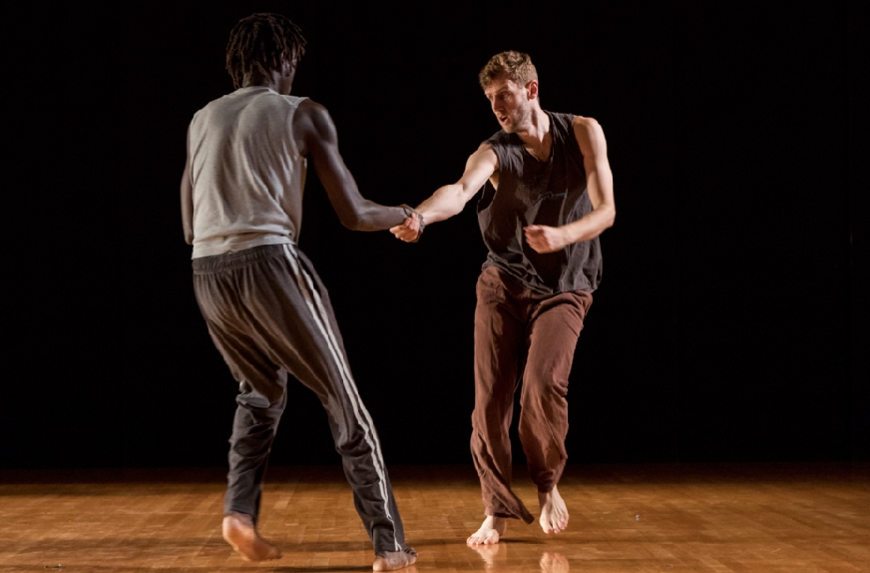 Recent violence and heated rhetoric across the country has led to anger and racial tension in communities all over the U.S. And one performer working at the University of Illinois made an effort to help others address those feelings in a positive, productive way. 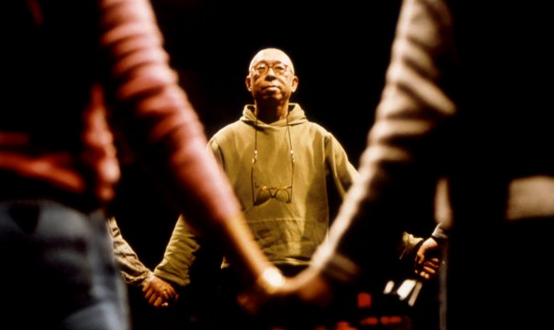 National Arts medal winner Ping Chong spent the month of January as an artist-in-residence at the University of Illinois, working with Department of Dance students on a piece called Baldwin NOW. Chong?s residency was funded by a grant from the Stage Directors and Choreographers Foundation and the Center for Advanced Study?s George A. Miller Endowment Visiting Artist program.

Jan Erkert, the head of the university?s Department of Dance, explained that Chong was chosen because the majority of his work deals with issues of social justice, and he would be able to inspire and teach students in several capacities beyond just dance.

?We have a committee that chose him [Ping] about two years ago and the work evolved,? she said. ?He wanted to speak about the young black men and women and the importance of social justice.? 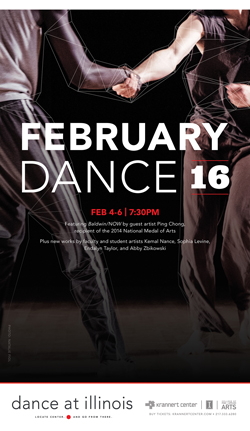 The performance was based on the writings of James Baldwin, an African American novelist, playwright and social critic whose writing explored racial, sexual and class distinctions in Western societies.

?Baldwin NOW was inspired by the Black Lives Matter movement,? Chong said. ?I wanted to make a piece that looked at the system of violence that has been employed against people of color in the US from colonial times to the present.?

Chong has his own New-York based institution called Ping Chong + Company, which produces theatrical works addressing the important cultural and civic issues of our times, striving to reach the widest audiences with the greatest level of artistic innovation and social integrity, according to the official website.

Illinois brings in about three or four artists per year, along with others brought in by the Krannert Center for Performance Arts, Erkert explained. Baldwin NOW was performed at Krannert earlier this month, but Chong also held two separate lectures leading up to the performance in order to discuss his interdisciplinary approach to theatre and how it can create a pathway for social change.

Nine dancers and an actress performed in Baldwin NOW, and along the way, they learned valuable lessons about race history. Erkert said dance performance often adapts to the times, as opposed to theatre, which is typically pre-planned. Leading up to the program, students studied race history and read several articles written by Baldwin, including ?Between the World and Me.?

?It was like having a historian here,? Erkert said. ?The entire process was very moving and transforming.?

?I loved working with the talented young dancers and designers at the University of Illinois,? Chong said. ?The school did a great job of extending the reach of this piece on campus and in the community through talkbacks, panels and lectures, which made it a very satisfying experience.?

Erkert, who?s headed up the Department of Dance for 10 years, was also proud of the students? work.

[btn-post-package]?The students did a fantastic job,? she said. ?We brought in a new community, and it was exciting to share the larger issue of social justice with the students. By the time they got on stage, it was beautiful because of all the background work.?

And each of the four performances of Baldwin NOW earned standing ovations, she added.

?The crowd was really moved by the work,? she said.