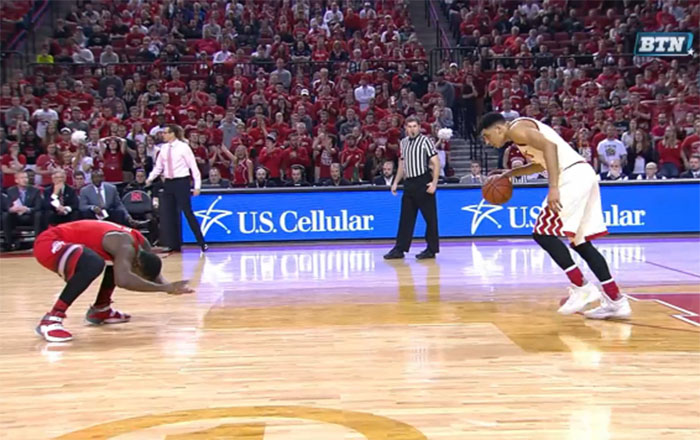 It's not strange to see basketball players slap the floor as they set up on defense following a made basket.

Typically, players do it once, and while the opponent is bringing the ball up the court.

Saturday night at Nebraska, Ohio State sophomore Jae'Sean Tate was a little too emphatic and delayed with his floor slap(s). Guarding the ball just inside the midcourt line in the final minutes of regulation, Tate slapped the floor three times, allowing Tai Webster to attack the rim and draw a foul on his defender.

Ohio State won 65-62 in overtime to improve to 10-5 in conference, good enough for fourth place in the Big Ten, so everyone can laugh about it.