Minnesota pulls off 68-63 upset over No. 6 Maryland 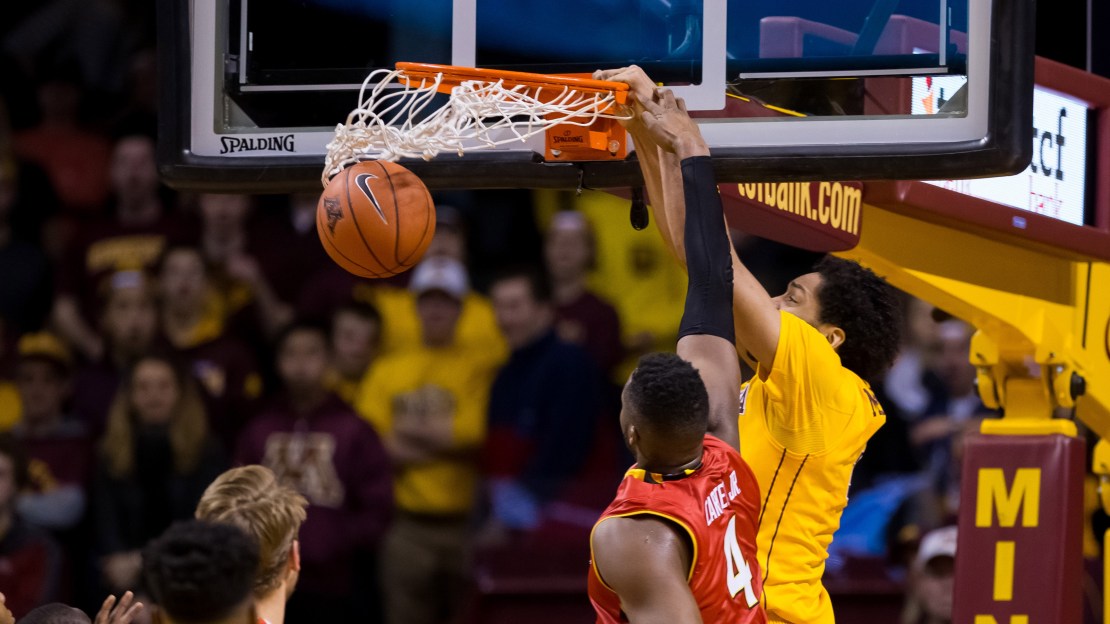 You can use any of the above adjectives to describe Minnesota's 68-63 upset win over No. 6 Maryland on Thursday night.

It was a long time coming for Minnesota head coach Richard Pitino and the Gophers, who were 0-13 in Big Ten play heading into the game, the program's longest losing streak in 30 years.

That streak is now over, and the fact that it came against the No. 6 ranked team in the nation, on the Gophers' home court, in front of their home fans, made it that much sweeter.

"There's not too many fans that would come out for an 0-13 team," said an emotional Joey King following the victory. "To have the kind of support we've had here has been really special."

The home crowd at Williams Arena stormed the court as time expired to celebrate the Gophers' first conference win since beating Michigan State back on Feb. 26, 2015.

Check out video of the fans storming the court following the upset victory at the top of this post.