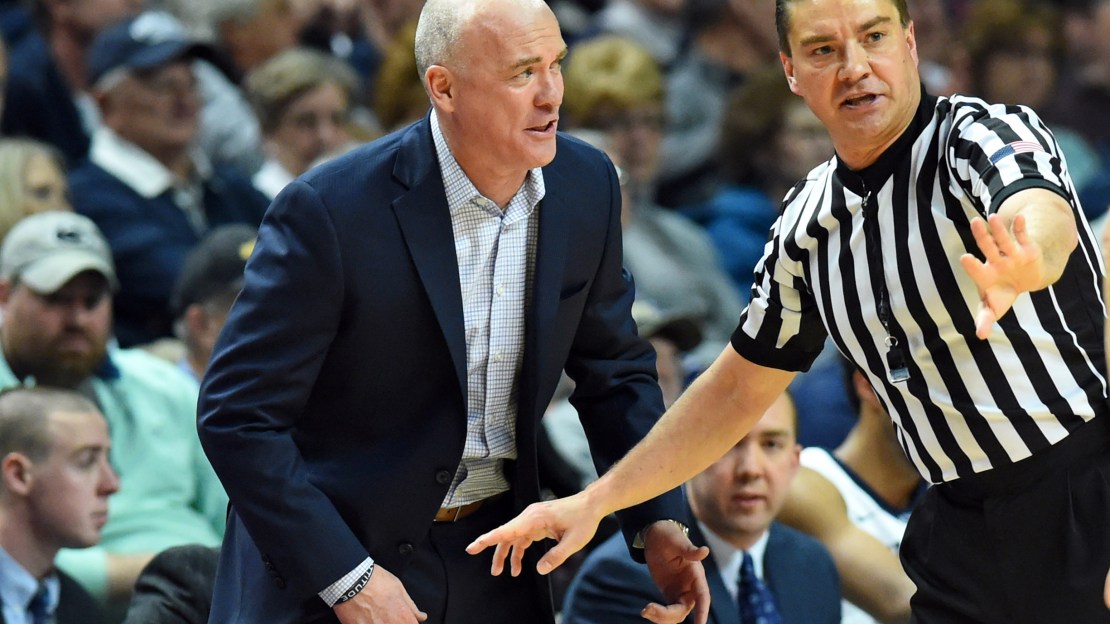 What to make of Iowa?s loss at Penn State last night? Not much. I saw it coming in my "upset alert" this week.

This is a solid Nittany Lions team that is tough to beat at home. Ask IU. This may be the best thing that happens to the Hawkeyes, re-focusing them for a stretch drive. They still are in first place with a whole lot to play for.

Michigan State has lots of options at running back. But this spring will be about trimming the rotation.

"Sooner or later you need to make a call and say here it is, you're the guy," co-OC Dave Warner told Mlive.com. "If they are that close together, start giving one guy or two guys more reps and hopefully that will help separate them.
"It didn't work out like we planned, but they played well. We'll see what happens over the next few months."

How about this: former Penn State WR Allen Robinson has a tattoo that depicts his big 36-yard TD catch in triple OT in 2013 vs. Michigan. Wolverines DB Channing Stribling, who didn?t appreciate the art work.

Quite a tattoo. I wonder what Robinson will do if he makes a big catch in, say, a Super Bowl.

Save the date: Nebraska has announced that it will kick off its spring game at 1 p.m. on April 16.

Start time for the April 16 spring game was previously unannounced. In two weeks, the Huskers have sold 32,000 tickets to the Memorial Stadium scrimmage. Nebraska has drawn more than 54,000 fans for every Red-White game since 2004. There were 76,881 fans in attendance last year at Memorial Stadium. No school can match the passion of this place. I love it.

Few strength and conditioning coaches are as demanding as Ohio State?s Mickey Marotti. The guy asks for a lot. And he gets it ? or else. Who has impressed him during winter conditioning? He told Cleveland.com.

If there's a position group Marotti is most excited about, it might be the running backs. That group includes Bri?onte Dunn, Mike Weber and early-enrolled freshman Antonio Williams. Marotti did not mention Curtis Samuel among the group, for whatever that's worth. Marotti said Dunn has embraced being the older guy in that group, while Williams has impressed in the short time he's been on campus.

"He's relentless, he's a high effort guy," Marotti said. "They got a little thing going right now, because I think Bri'onte has had the right mindset, and then with Mike Weber. Here comes Antonio. They're pushing one another. It's been really good."

This group has a lot to prove with Ezekiel Elliott gone.

It looks like Michigan will lose DB coach Greg Jackson to the Cowboys.

Jackson, 49, has been with Michigan coach Jim Harbaugh for each of the past five football seasons — four with the San Francisco 49ers (2011-14) and one with Michigan (2015). Alongside cornerbacks coach Michael Zordich, Jackson helped Michigan's pass defense finish No. 3 nationally in 2015 (158.5 yards per game allowed. So, if you are scoring at home, Michigan has lost defensive coordinator D.J. Durkin to a head coaching job at Maryland in December, former special teams coordinator John Baxter left Michigan for USC in January and now Jackson.

The Iowa athletics department announced Monday that applications were being sent to 2015 season ticket-holders. The cost of a 2016 general-public season ticket was set at $405 for renewals or $415 for new/additional tickets. That?s up slightly — 2.5 percent for renewals, 5 percent for new/additional — from the $395 price-tag for seven games last year.

On Wednesday, Purdue A.D. Morgan Burke met with the media to discuss his looming departure. Here is some video of Burke. The guy has done some nice work with the facilities over the years as well as balancing the budget.

Anytime there is a coaching change, you wonder how veteran players will respond. So, how is it going at Rutgers?

"They're working hard," said Longa, who is training at Parabolic for next week's NFL Scouting Combine. "They talk highly about Coach Ash and what he brings to the table and what type of person and leader he is. They talk highly about the head strength coach and how much hard work they put in and they're able to see results. They like the staff. They're excited for spring ball. They're excited to see how they're going to look. Right now, everything is positive."

I am excited to see what Ash does. I like the guy and think he can tap into a program that has loads of potential.