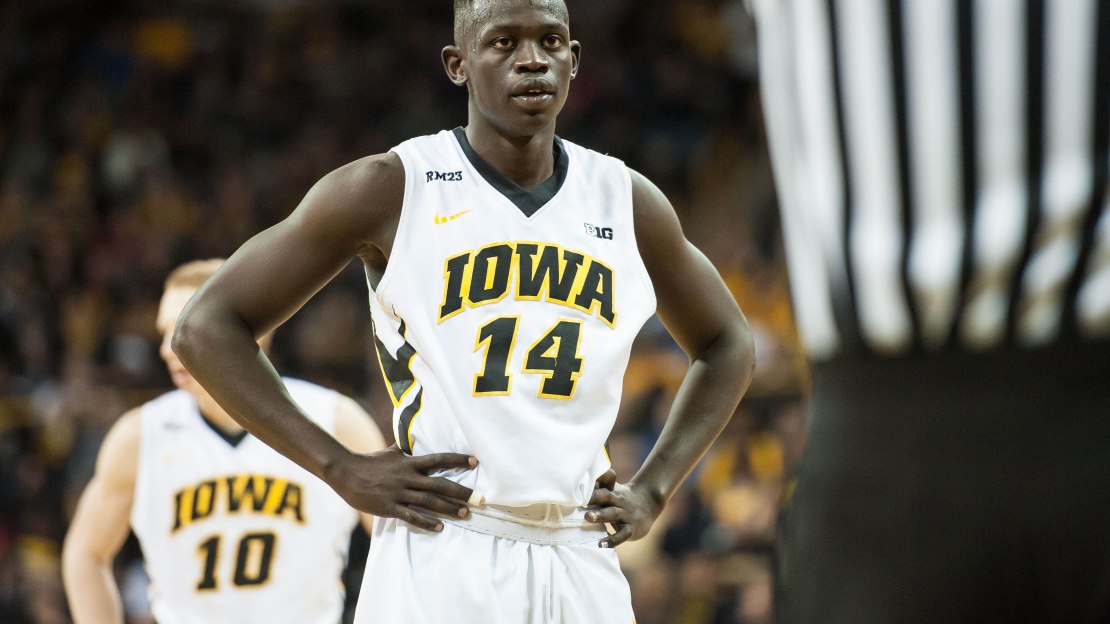 Get my latest thoughts below.

Their improvement and experience has Iowa in sole possession of first place in a tight Big Ten race. Over the last four years, Woodbury, Gesell, and Clemmons have contributed to 87 wins, tying the 1983 class for third most wins in school history. Throw in veteran junior Peter Jok, and you see why Iowa has a chance to win a Big Ten Championship for the first time since 1979. Fran McCaffery is the front-runner for coach of the year in the Big Ten because his veterans have dominated, and his bench has risen to the occasion. Dom Uhl, Nicolas Baer, and Ahmad Wagner have been instant offense off of the bench. Recently though, Iowa's bench has been struggling to provide a punch. At their loss at Indiana, the Hawkeye bench was shut out, and in a scare at home against Minnesota, only six points came from the second unit. Iowa's bench has to step up over the last five games if the senior class is going to go out on top.

Indiana inexcusably lost at Penn State, garnered a signature win at home against Iowa, and then collapsed in the second half against the talented Spartans in East Lansing.

The Hoosiers inconsistency mirrors the play of veterans Yogi Ferrell and Troy Williams. The talented duo hasn't been playing up to their capabilities over the past few games. In the last three games, Ferrell is shooting just 24 percent from the floor. Against Michigan State, Williams finished with the a goose egg. Not only did he miss open shots, but he failed to attempt a free throw. No Big Ten jersey carries more pressure than the Hoosiers. So many legends have worn the jerseys, and championship banners remind current players every day what the objective is. Indiana still has a great opportunity in front of them with games against Nebraska, Purdue and Illinois, but Ferrell and Williams must regain their confidence at the offensive end.

The Nebraska Cornhuskers could be a dangerous team in the Big Ten Tournament.

The Huskers won at Michigan State, took Maryland and Indiana to the wire at home, and have two scorers capable of 30 points on any given night. Andrew White III knocked in a career-high 35 points his last time out against Purdue, and who could forget Shavon Shields' domination of the entire Spartan defense in East Lansing. Shields continues to recover from his concussion, but Nebraska continues to compete. If the tournament started today, Nebraska would be the No. 9 seed playing against No. 8 Michigan State. Who knows where they will end up, but if White and Shields are healthy, they could be the team no one wants to play early in the tournament.