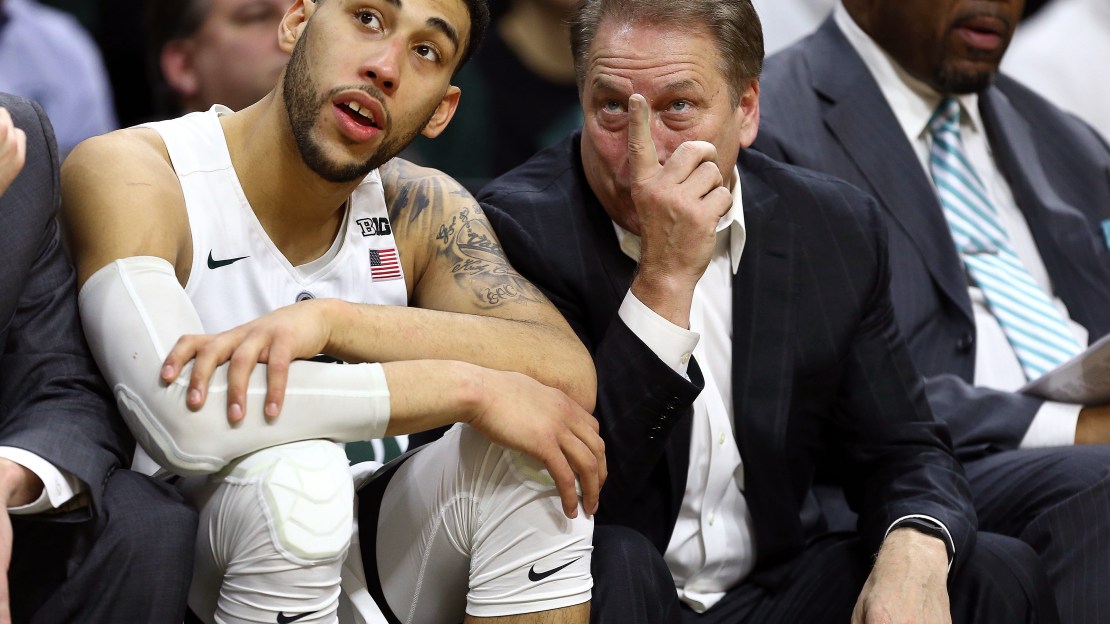 Down the stretch we come. Believe it or not, there are just three weeks remaining in the regular season.

[ MORE: Power Rankings | Player Rankings | Game Rankings | Bracketology | Debate It: Player of the Year? | Best of the week that was | Standings | Stats | Scoreboard | Polls | Win a trip to B1G tourney ]

We'll be in Indianapolis for the Big Ten tourney before we know it.

Here's a look at my latest Big Ten Player Rankings, which features a new No. 1.

Denzel Valentine is @B1GMBBall Player of the Week for a second straight week and fourth time this season. pic.twitter.com/Xts4wtMChi

2. Jarrod Uthoff, Iowa. Uthoff missed his first seven shots against winless Minnesota on Sunday night, but then erupted with a stat line that was Player of the Year worthy: 24 points, 15 rebounds and six blocks.
Last week: 1

5. Peter Jok, Iowa. After struggling to get clean looks in a loss at Indiana, Jok erupted with 27 points to help Iowa hold off upset-minded Minnesota on Sunday night. The improved guard has hit multiple 3-pointers in six consecutive games and 10 of the last 11.
Last week: 8

6. Yogi Ferrell, Indiana. Ferrell had another rough week shooting, going a combined 5-of-22 in a split vs. Iowa and Michigan State; he's shooting just 30 percent in Indiana's last six games. The senior's improved defense, however, has kept Indiana in the hunt.
Last week: 4

9. Robert Carter Jr., Maryland. Five shots in the loss vs. Wisconsin is not near enough for one of the Big Ten?s most versatile players. Still, the Georgia Tech transfer is shooting 57 percent and averaging a well-rounded 12.7 points, 6.8 rebounds, 1.9 assists, 0.9 steals and 1.4 blocks.
Last week: 7

10. Andrew White III, Nebraska. The Big Ten's most underrated scorer continues to put up big numbers, the latest example coming in a career-high 35-point effort vs. Penn State on Saturday. The 6-foot-7 star is averaging 17.6 points and shooting 51 percent, including 43 percent from distance.
Last week: NR