No. 8 Michigan State dominates second half, blows away Indiana 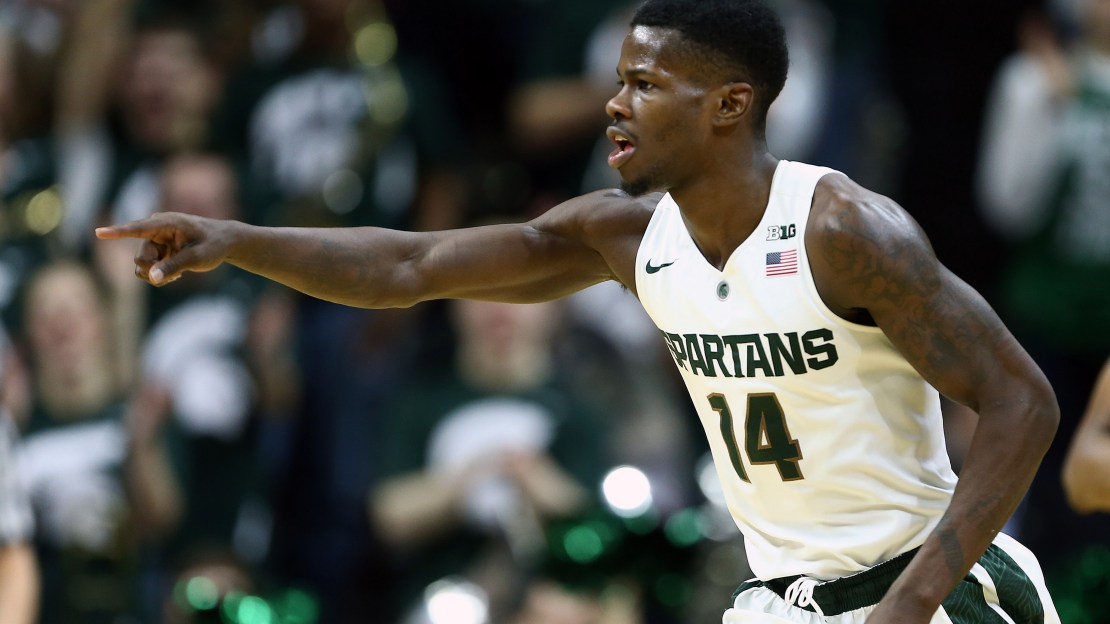 Indiana's Yogi Ferrell was limited to nine points, eight below his scoring average and one more than his season low.

Max Bielfeldt scored 10 of his 15 points in the first half, Robert Johnson had 11 points and Thomas Bryant scored 10 for the Hoosiers.

The Spartans have a trio of seniors they are leaning on this year, and each of them helped the team bounce back from a one-point loss in overtime at No. 18 Purdue.

Bryn Forbes had 14 points, giving the team a third double-digit scorer to go along with Valentine and Costello.

Indiana led for 10-plus minutes in the first half and by as many as 10 points before struggling to score for nearly 4 minutes before halftime.

O.G. Anunoby had a couple of individual highlights in defeat.