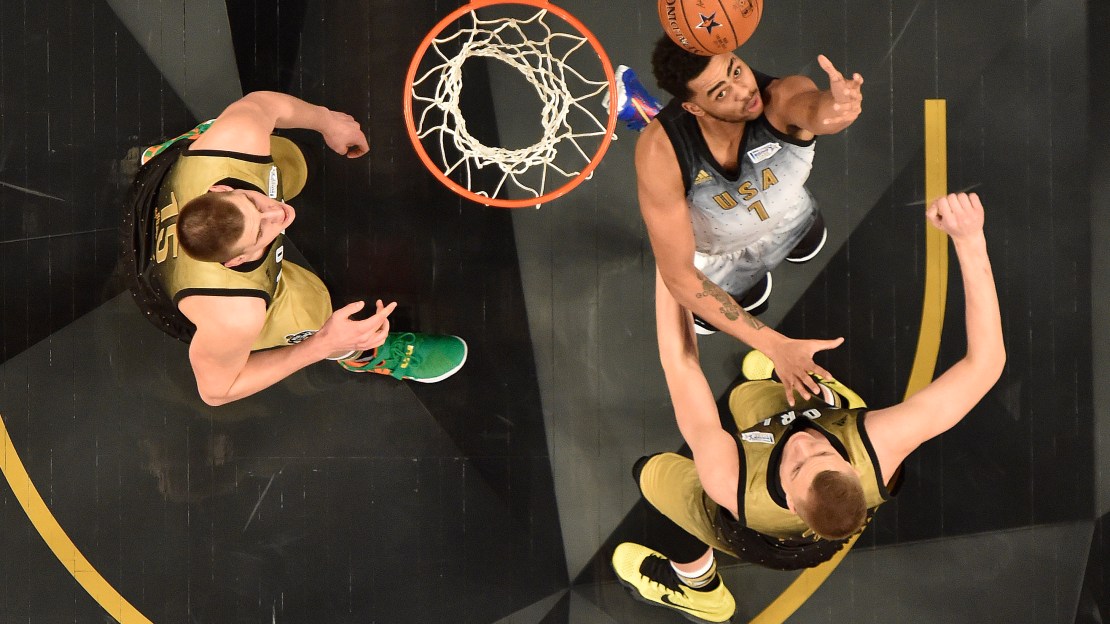 D'Angelo Russell helped lead USA to a 157-154 victory over the World in the BBVA Rising Stars Challenge on Friday night.

[ MORE: Get all of our latest Big Ten pros coverage ]

The former Ohio State point guard and consensus 2015 Big Ten Freshman of the Year scored 22 points, on 9 of 15 from the field, and dished out seven assists in 16-plus minutes off the bench.

The USA team featured the game's top first- and second-year players born in America, including MVP Zach LaVine, out of UCLA.