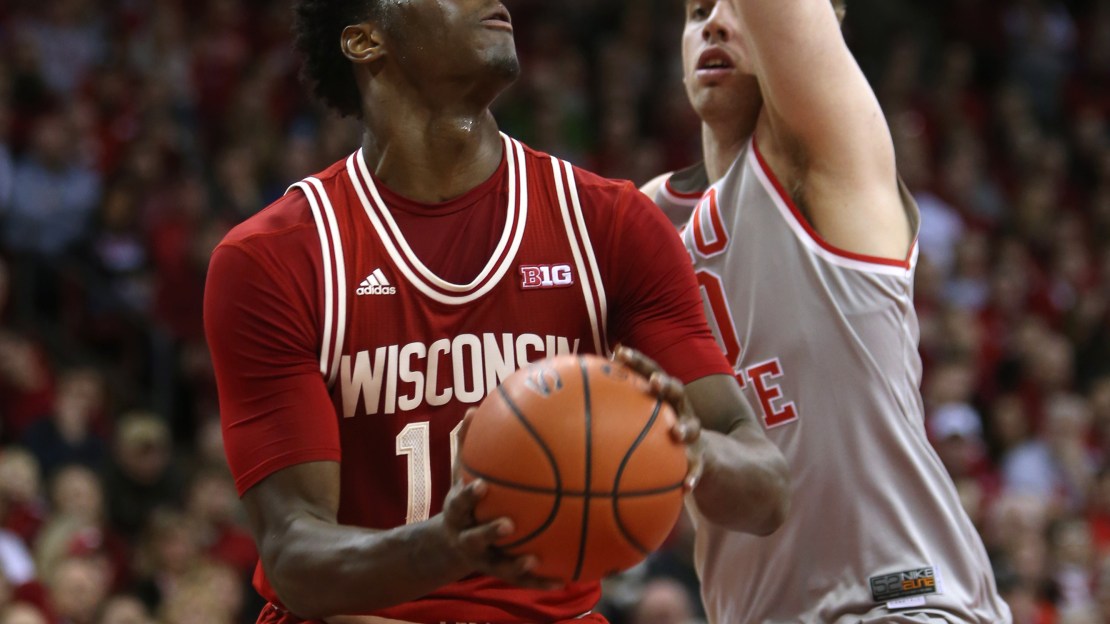 Nigel Hayes is not only one of the best basketball players in the nation, he is also one of the funniest personalities.

Hayes was at it again on Thursday night, putting on a show in the postgame press conference following Wisconsin's 79-68 win over Ohio State.

The Badgers' junior forward showed up to the presser wearing a Hawaiian-themed shirt and a fedora hat.

He spoke about his love for long words, his status as the lead singer in a rock band, and comparisons to Frank Kaminsky.

However, the best moment of the presser came at the end when Hayes, who grew up in Ohio, was asked if the victory over Ohio State had extra meaning for him.

"No, I'm cool," Hayes said. "They got the guys they wanted. I'll take my two Final Fours, my wins, and I'll carry on my merry way."

Hayes then dropped the mic and exited the stage.

Watch that clip at the top of the post, and the full video here.