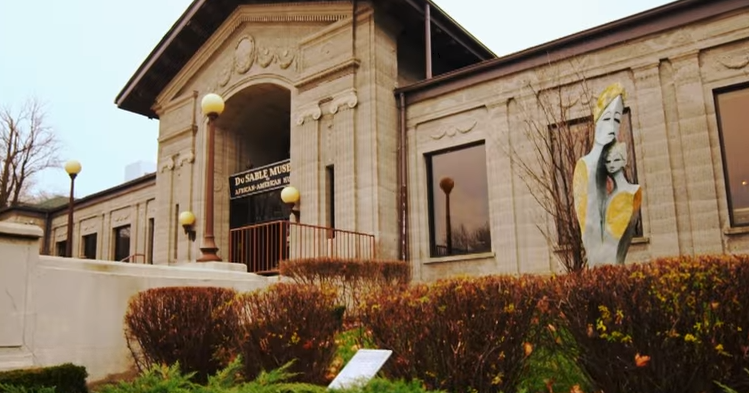 For decades, the roundhouse in Chicago?s Washington Park sat underutilized, its grand exterior belied its use as an oversized equipment shed. But in 2004, the former stable and carriage repair facility was given a new lease on life - literally.

?It was gifted to the museum with a 99-year lease from the Chicago Park District,? said Clarence Bourne, board chairman of the DuSable Museum of African American History and a Northwestern University alum.

Designed and built in 1880 by famed architect Daniel Burnham, the spacious building once served a nearby racetrack. The structure features a long carriage hall that opens to a large rotunda where exposed timbers soar across the open room.

That pedigree, however, comes at a price, as DuSable labors to restore the building in an historically respectful and accurate manner. That includes sourcing limestone from the same Joliet quarry builders drew from more than 130 years ago. And that?s all before they even begin to turn it into a viable museum space.

As one of the few museums in Illinois without an endowment, DuSable depends on public support in the form of admission fees and donations to cover its operational costs. Thus, work on the restoration of the roundhouse has advanced slowly.

But that may change soon thanks to Nesheba Kittling, a firebrand attorney with a passion for the project.

?I think that people who know me can testify that I like to do big, audacious things,? said Kittling, a graduate of Northwestern University?s School of Law. ?I said, ?Let?s involve the legal community. This is an untapped resource.??

[btn-post-package]Kittling, who?s visited the museum with her family since she was a child, was immediately attracted to the historical significance and potential the building held. With the acquisition of the roundhouse, DuSable hopes to greatly expand its current exhibition offerings, allowing for more year-round access to its collections and increased services for museum visitors.

Kittling?s efforts began with small fundraiser, but soon attracted the attention of heavy-hitters such as McDonald?s Corp. and Ariel Investments. While the restoration of the roundhouse is still a work in progress, she?s excited to be a part of a project that?s played an important role in her own history.

?What I?ve learned over the years,? she said, ?is that I want to do projects that I feel passionate about, and this was something that stirred me. I want to help the DuSable Museum grow, help it continue to be here so that my children can bring their children here.?