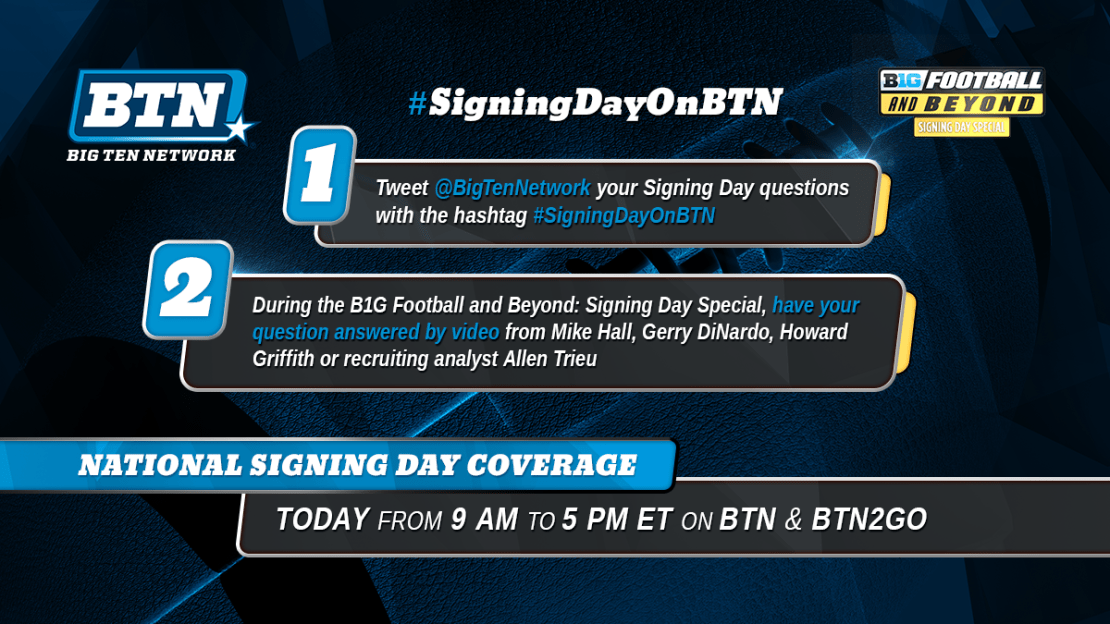 During BTN's eight hours of live Signing Day coverage on TV and BTN2Go, our on-air guests will deliver video answers to viewer-submitted Big Ten football recruiting questions on Twitter. Just use the hashtag #SigningDayOnBTN to get your question in front of our panel as they roll through an entire day of live television starting at 9 a.m. to 5 p.m. ET..

Mike Hall (@BTNMikeHall) hosts analysts Gerry DiNardo (@GerryDiNardo) and Howard Griffith (@HowardGriffith), and the trio will be joined by Scout.com recruiting analyst Allen Trieu (@AllenTrieu) as they provide an in-depth analysis of each school?s class. Follow them and @BigTenNetwork on Twitter.

Get you questions in now, and be sure to use #SigningDayOnBTN. We will also curate the video answers on BTN.com, too.

Also, Wednesday's B1G Football & Beyond: Signing Day Special will include

Signing day coverage also will be streamed via the web, smartphones, tablets and connected devices on BTN2Go, BTN?s digital extension.