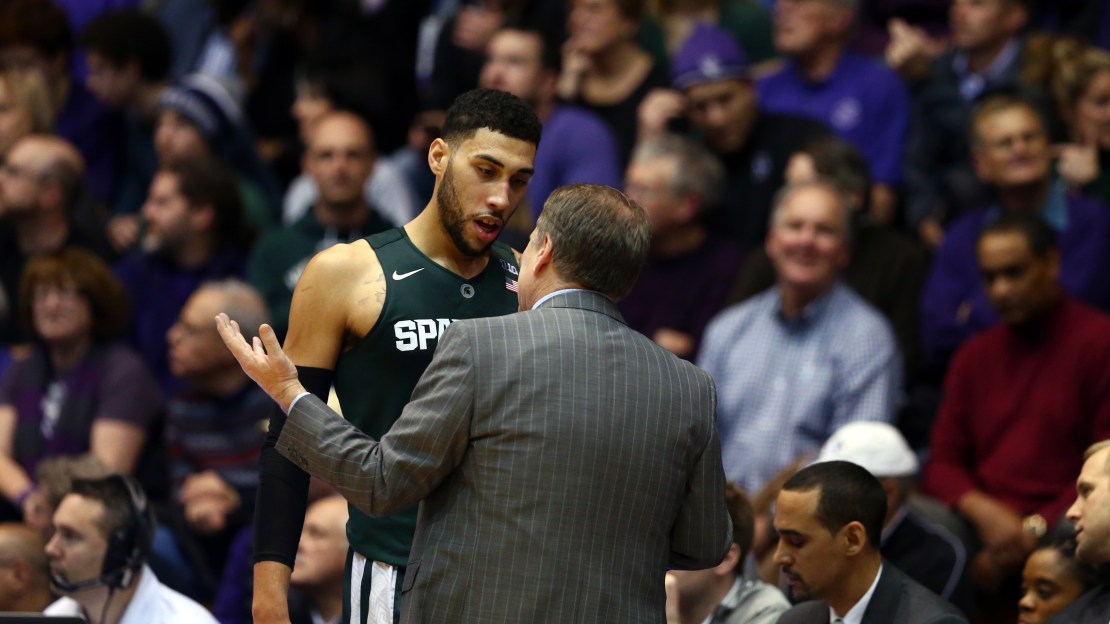 New to the list this week: Maryland's Robert Carter Jr., who has been on the list a few times this season, and Michigan State's Matt Costello, who continues to compile silly statistical nights.

1. Jarrod Uthoff, Iowa. Utoff had his worst game of the season (2-of-13, 9 points) in Iowa's loss at then-No. 8 Maryland, due in large part to Jake Layman?s defense. The senior bounced back with an explosive 19-point first half in a blowout over Northwestern.
Last week: 1

2. Denzel Valentine, Michigan State. In the last three games, Valentine is averaging 19.3 points, nine rebounds and seven assists. His shot looks better than ever, as he has knocked in 13 3?s during the stretch.
Last week: 2

3. A.J. Hammons, Purdue. The Big Ten Player of the Week scored a career-high 32 points against Nebraska, and participated in his own personal dunk contest. Seven dunks, that is. Oh, and he also finished with 11 rebounds, five assists and four blocks.
Last week: 5

4. Yogi Ferrell, Indiana. Ferrell almost single-handedly won the game at Wisconsin, finishing with 30 points in the overtime defeat. The competition heats up for Indiana the rest of the way, and the Hoosiers will go as far as their star point guard takes them.
Last week: 4

6. Nigel Hayes, Wisconsin. With redshirt freshman Ethan Happ?s emergence, the pressure is off of Hayes to carry Wisconsin?s front line on every possession. He's still putting up across-the-board numbers, and no one get to the charity stripe better (22 attempts vs. Indiana).
Last week: 6

8. Diamond Stone, Maryland. Stone has cooled off the last four times out, shooting 40 percent and averaging nine points and 4.5 rebounds. The freshman is still blocking shots (1.75) and making free throws, though.
Last week: 7