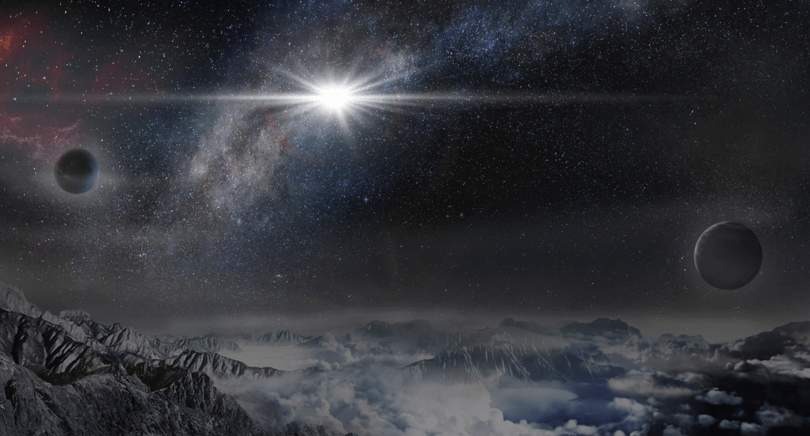 It was a discovery of epic proportions - so much so that the people who saw it had to pull examples from science fiction in order to describe it.

Ohio State astronomy professor Krzysztof Stanek and his colleagues were recently the first to observe what could be the largest supernova ever viewed from Earth. To illustrate the significance of this possible exploding star, Stanek turns to - what else? - a ?Star Wars? reference.

?The Death Star can destroy a planet in one second,? he said of the Empire?s ultimate weapon. ?This supernova is like a million Death Stars. If we could take that energy, you could vaporize one million planets every second with it.?

In addition to the energy released, the luminosity of the supernova amazed Stanek and his colleagues. Most supernovae are only visible up to a few hundred million light years away, but the Ohio State astronomers spotted this one from about 4 billion light years.

?It would outshine our Milky Way galaxy by 15 or 20 times, and it?s been doing that for six months,? he explained. ?It really is mind-blowing.?

Stanek estimates his group finds about 200 supernovae a year, but never anything remotely as powerful as this. Though he?s confident that what they are seeing is a supernova - he?s not a betting man, but he estimates the odds at 10-to-1 - that may not ultimately be the case. (The Hubble Space Telescope is scheduled to take sharper images with far more resolution next month, and hopefully confirm that it is indeed a supernova, though Stanek said there?s no great rush because it isn?t decaying at a rapid pace.)

Though the massive supernova - which they named ASASSN-15lh - was first spotted in June, they nearly discovered it earlier.

?This particular supernova didn?t want to be found by us,? he said. ?It was there for a few weeks with marginal detection. We could have found it in May, but we didn?t because it was barely there in our data. After it kept showing up several times, I flagged it for some follow-up. Though it took a few more weeks to realize we had something really interesting, that?s when the story took off.?

Furthermore, at the supernova?s core is an object approximately 10 miles in width. While the possibility exists that it is a magnetar - according to NASA, magnetars have magnetic fields a thousand times stronger than ordinary neutron stars - Stanek and his group will begin to know much more following the Hubble session.

?We?re seeing so much energy, and it has to come from somewhere,? he said. ?The best source as far as we can tell at this point is the magnetar. If as we continue to monitor it and it keeps producing energy, at some point even the magnetar model is not going to work. And that would be very exciting for me as an observer because we?d have to go back and think about what could possibly be the energy source in this case.?

So what led the Ohio State team to find this phenomenon before anyone else? The turning point was when Stanek, fellow OSU astronomy professor Christopher Kochanek and former grad student Ben Shappee concluded their research needed to involve observing the entire sky.

?The idea was to find lots of supernovae that others were not seeing because they were not looking,? Stanek explained. ?We took a risk, as we had to build everything in-house, and we spent a few years writing and refining software.?

Upon completion of their All-Sky Automated Survey for Supernovae, or ASAS-SN, they began their comprehensive observation. With the use of telephoto lenses located in Chile and Hawai?i (not unlike the kind you see on the sidelines at football games), they captured hundreds of images per night.

?We use rather sophisticated software here at Ohio State to analyze the images,? Stanek said of the process. ?When something new comes up, my job, as well as three others in the project, is to then determine if we should observe it with bigger telescopes. The initial images are like a partially smudged fingerprint, and the larger telescopes allow us to run the DNA test to solve the crime, so to speak.?

Beyond the benefit of making a potentially game-changing new discovery in how the universe works, Stanek is excited about the possibility of broadening interest and opportunities in astronomy.

?I?ve done several interviews and gotten so many emails since the announcement about this supernova,? he said. ?When people see something like that, it makes them aware of the universe.

[btn-post-package]?What makes me so excited about this project is that we took a risk by spending a few years of our life on it without knowing if it would work well. Being tenured allowed me to do that, but we also had a graduate student involved. He got an offer from every job in which he applied afterwards. I really like the fact that we found this supernova, but for me, what?s important is that our project is working, and it will keep making new discoveries.?