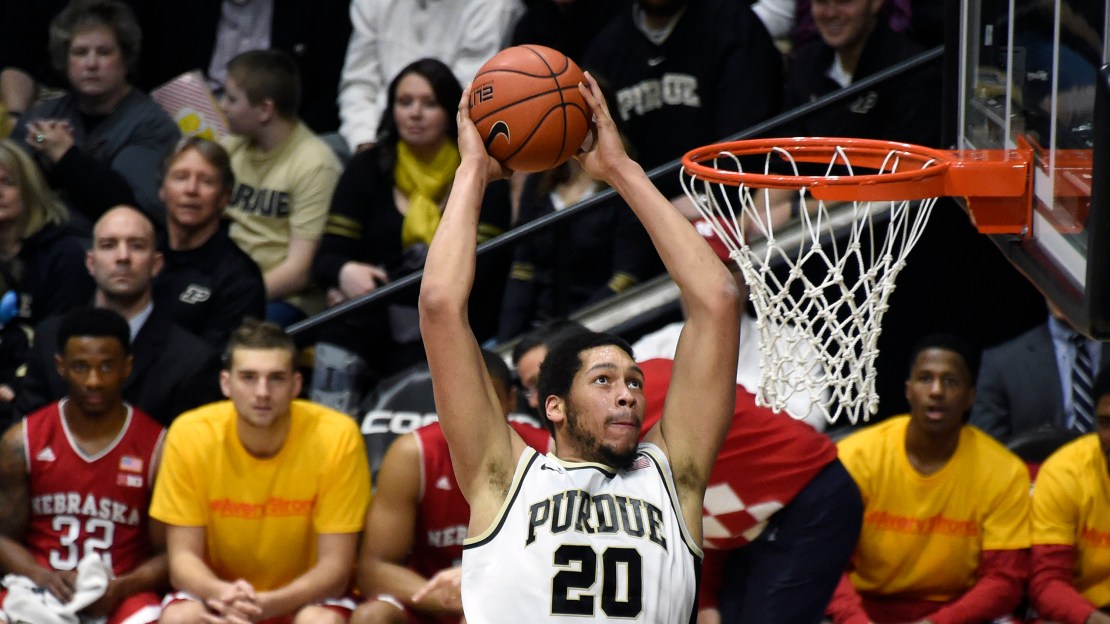 A.J. Hammons played the kind of game players dream about in Purdue's 89-74 victory over Nebraska on Saturday.

The senior big man scored a career-high 32 points, on a head-turning 14 of 17 from the field, to go along with 11 rebounds, five assists, four blocks and a steal.

Simply put, Nebraska had absolutely no answer for Hammons, who also committed just one personal foul in 29 minutes.

"A.J. Hammons is the best center in college basketball," Matt Painter said after the game.

It's tough to argue with Painter, especially after such a dominating all-around performance, one that included seven dunks.

The tweets below put Hammons' huge day in perspective.

ICYMI: A.J. Hammons did something yesterday vs Nebraska only done once in last 20 yrs. (H/T @ESPNStatsInfo) #Purdue pic.twitter.com/7o9yCqgtfY