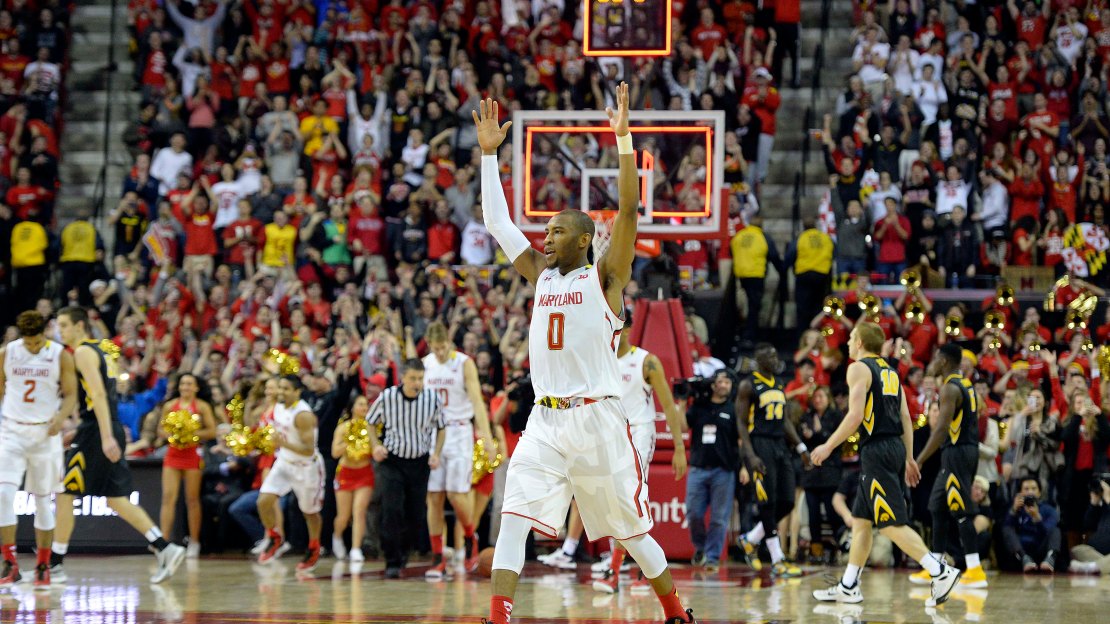 That Maryland win over Iowa was impressive, wasn't it?

Two of my latest "Three Takes" focus on the Terrapins, more specifically on a pair of players who helped Maryland hand Iowa its first Big Ten defeat in its last 13 conference games, dating to last season.

Check out my latest "Three Takes" below.

Sulaimon does it all

Rasheed Sulaimon needed a big game against No. 3 Iowa in the worst way. The athletic wing had made just two of his last 15 shots and scored 10 combined points in the previous two games, and Maryland was on the verge of falling three games behind the Hakweyes. Not only did he show up, he was exceptional at both ends of the court, helping the Terrapins claim their first signature win of the season. In 37 minutes, Sulaimon went 6-of-11 from the floor, including 3-of-5 from downtown, finishing with 17 points. He also pulled down four boards and handed out five assists. More importantly, he helped contain Iowa?s sharp shooting Peter Jok, who finished with a hard-earned 14 points. Sulaimon was very aggressive with him on several occasions and didn?t allow him to get into a rhythm. The Duke transfer must find a way to bottle this performance and stay consistent if Maryland wants to keep it rolling.

Layman?s performance against Iowa All-American candidate Jarrod Uthoff was as good as it gets. Entering Thursday night, Uthoff had been unstoppable in conference play, leading the Big Ten in scoring. Layman used his length and strength to make things very uncomfortable for Uthoff, limiting the long Iowa senior to a 2-of-13 shooting performance. Uthoff missed some open looks, but Layman had a major role in the star?s miserable night. Layman also had a key block on Pet Jok?s late 3-point attempt to seal the victory. Layman?s inconsistent play this season has been puzzling. He always plays hard and is a very skilled offensive player. He is a quality shooter, yet he finished 1-of-8 from 3 against Iowa. Like Rasheed Sulaimon, Layman has to play with more consistency if the Terps are going to make a Final Four run. Maybe this defensive performance will key a stretch of consistent play coach Mark Turgeon desperately needs.

Praise for the Krush

The Barn in Minnesota wasn?t sold out for the Gophers' game vs. Illinois last week, which made it easier to see the Illini Orange Krush student section dancing and cheering its team to an emotional overtime victory. The Orange Krush is one of the most underrated student sections in the nation. It is organized, intense, and consistent. Every team who has ventured into Champaign has felt its wrath, and it isn't rare for it to make its presence known on the road. It?s hard to prove how many games the student section has helped Illinois win over the years, but there is no doubt it has had a hand in many victories. It?s easy to show up and cheer when your team is soaring, but the Krush keeps fighting even with all of the terrible injuries and trials Illinois has been through over the past two seasons.