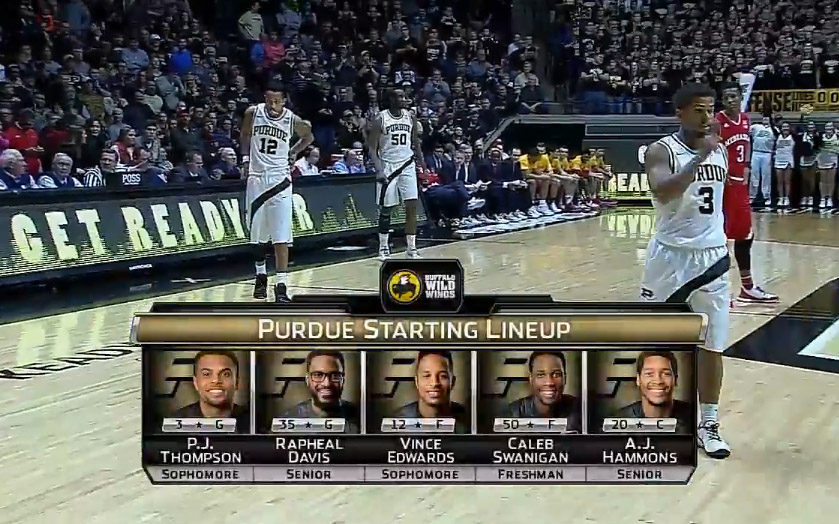 Among the festivities, Purdue gave away 1996 replica championship rings to the first 1,996 fans, and held a halftime ceremony to honor legendary coach Gene Keady and members of the teams.

The Boilermakers also donned throwback uniforms to commemorate the occasion. Even cooler: They warmed up in their usual home uniform, which you can see in the video embedded below, before coming back out in the 1994-inspired design before tip-off.

To no one's surprise, the fans loved it.

The 1996 team was the last to win three consecutive outright Big Ten championships, and the program compiled an 80-18 overall record, including 44-10, during the three-year stint.