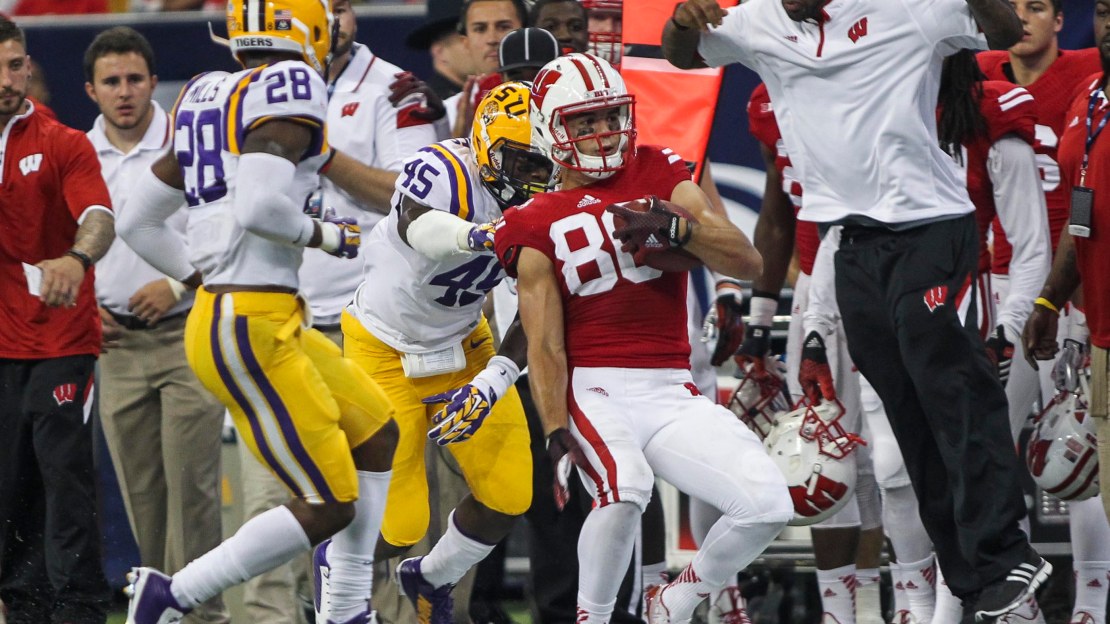 Got a case of the winter blahs? Missing your pigskin fix? Why not look ahead to the football season? No better way to prime the 2016 pump than by looking at the top seven non-conference games of the coming season, listed by date.

Know this: Sept. 17 is a big Saturday in a season in which Big Ten schedules now feature just three non-league games and nine conference tilts.

Wisconsin vs. LSU at Lambeau Field, Sept. 3. These schools met in the 2014 season opener in Houston, with the Tigers taking a 28-24 victory. LSU also won the two other meetings, in 1971 in Madison and 1972 in Baton Rouge. This one will be played in venerable Lambeau Field. Too bad it can?t be played in a December snow storm. It should be a slugfest between two power offenses. And a side storyline: LSU lured Badger DC Dave Aranda from Wisconsin after last year. Now, Aranda debuts vs. his former employer.

Penn State at Pitt, Sept. 10. It is a crying shame that these schools don?t meet annually. There was a time when that was reality, as Penn State and Pitt clashed every year from 1935-1992. Then from 1997-2000. But they haven?t met since ? until this season. The Nittany Lions lead the all-time series, 50-42-4. Panther coach Pat Narduzzi has taken some jabs at Penn State in the last year. Now, the former Michigan State DC gets to take on the Nittany Lions and their revamped coaching staff. How will the new Penn State quarterback perform?

Ohio State at Oklahoma, Sept. 17. It doesn?t get any better than this, with two of college football?s bluebloods squaring off. This very easily could have been a national title matchup last year. OSU just missed the playoffs; OU made it. We get to see Baker Mayfield battle J.T. Barrett in a terrific early-season quarterback battle. Surprisingly, these heavyweights have met just two times and not since 1983. The Sooners won in Columbus in 1977; the Buckeyes returned the favor in Norman in 1983. You know Youngstown, Ohio, native Bob Stoops would love to beat the Buckeyes.

Michigan State at Notre Dame, Sept. 17. The Fighting Irish had a Big Ten-free schedule last year. Good to see them back on the docket with the Spartans after a two-year absence. The teams last met in 2013 in South Bend. Michigan State has lost three in a row under the Golden Dome, last winning in 2007. The Irish have won the last three meetings overall. The teams had met almost every year since 1948 (except for 1953, 1958, 1995, 1996) until the plug was pulled. This game will be a good litmus test for a Spartan offense that?s working in a new signal-caller.

Oregon at Nebraska, Sept. 17. These schools have traded places, with the Ducks emerging as a nationally elite program the last 15 years and the Huskers fading from the national spotlight. Nebraska coach Mike Riley is very familiar with Oregon from his days as Oregon State coach. Nebraska leads the series, 5-1, winning the last four. But the teams have not met since 1986. This will be a chance for the Cornhuskers to make a statement in what shapes up to be a big year for Riley, who is coming off an unsatisfying 6-7 debut.

North Dakota State at Iowa, Sept. 17. We know all about the Hawkeyes? season of glory. But Herky better have his chinstrap buckled when the Bison roll into Iowa City. North Dakota State has won the last five FCS national championships. It was the school?s 13th national title in 2015. The Bison are 8-3 vs. FBS schools, winning the last five meetings. The teams have met just two times, with Iowa winning back-to-back in 1946-47 in Iowa City.

BYU at Michigan State, Oct. 8. A nice test for the Spartans to see how well their secondary holds up. The Cougars are led by first-year coach Kalani Sitake, who comes from the defensive side of the ball. The new Spartan quarterback will have four games under his belt, which is a good thing. These schools have not met. BYU played at Michigan last year ? and got clobbered, 31-0.