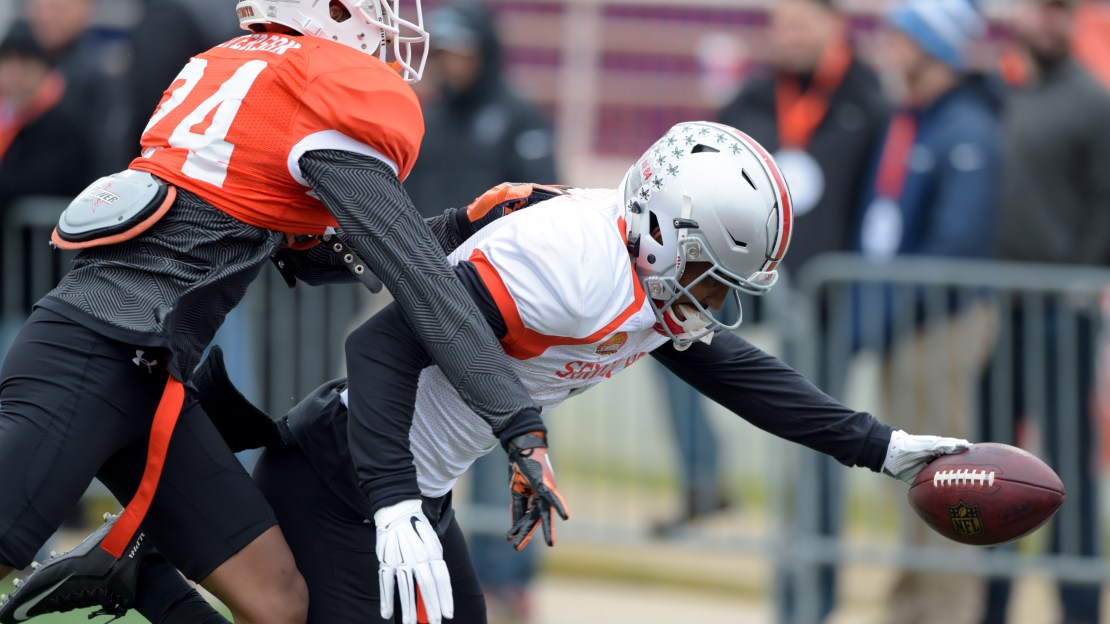 Braxton Miller had his moments in his one and only season as an Ohio State wide receiver.

But, for the most part, the two-time Big Ten quarterback of the year's number wasn't called all that often. He finished the season with 26 receptions, 341 yards and three touchdowns, to go along with 260 yards and one touchdown on the ground.

Fast forward to Senior Bowl practice this week in Mobile, Alabama, and Miller is making quite the impression.

The quarterback-turned-receiver is showing he can run routes, get separation and make catches.

Miller will play in the annual Reese's Senior Bowl at 2:30 p.m. ET Saturday.

See what the experts are saying about Miller below.

#Browns HC Hue Jackson on Braxton Miller: ?What a tremendous young man. He looks like a natural, he's got natural instincts?

Braxton Miller is way more refined as a receiver than you might expect. Sky's the limit for him. #SeniorBowl

Braxton Miller is making some money this week at @seniorbowl.

Watching North WR's go thru individual drills @seniorbowl and Braxton Miller (OSU) has plenty of growth left, but he can be special IMHO

No Wentz isn't the best player on the field. That is Braxton Miller and it isn't even close.

The more I see about Braxton this week, the more I think this guy is going to be a 2nd or 3rd round pick. Crazy after all he's been through.