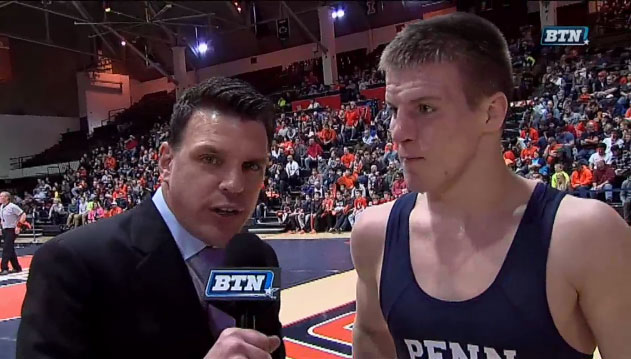 Attention, wrestling fans: Tonight is the return of our weekly show "Wrestling in 60," a one-hour spotlight on the top dual wrestling matches from the past week across the Big Ten Conference.

One of the matches featured in tonight's show is the upset victory pulled off by Penn State redshirt freshman Jason Nolf, who pinned No. 1 Isaiah Martinez of Illinois to break the 157-pound defending national champion's 61-match winning streak.

This rest of this week's spotlighted matches include:

BTN's live TV and BTN Plus on BTN 2Go wrestling schedules are always available at BTN2Go.

ICYMI: There was a huge upset on the @B1Gwrestling mat yesterday, courtesy of @pennstateWREST's Jason Nolf. https://t.co/gVOcUEg9mq