Ranking the games: It's all about Iowa at Maryland on Thursday 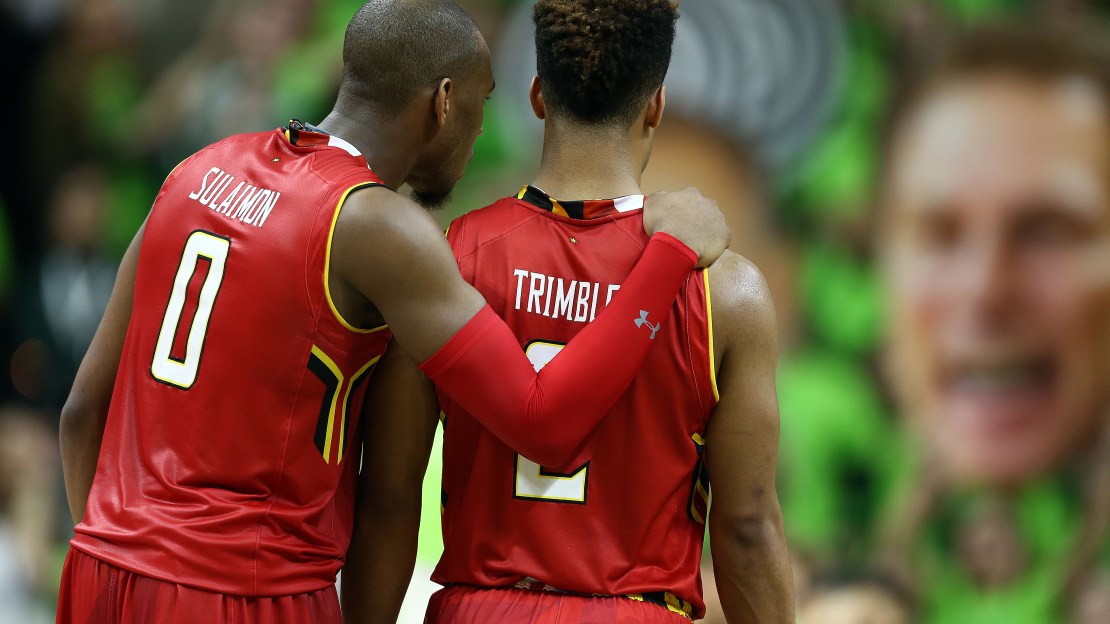 Iowa and Indiana have proven to be the class of the Big Ten so far. But keep an eye on Maryland, which can score a huge win when the Hawkeyes visit College Park, Maryland, on Thursday. Could IU go down when it visits Wisconsin? Hmmmm.

Here is a ranking of this week?s games.

1. Iowa at Maryland, Thursday. The ?game of the week? pits two potential Final Four teams. The Hawkeyes have won nine in a row overall and 13 Big Ten games in a row dating to last season. Maryland has yet to lose a Big Ten home game since joining the league last season. Can?t wait for the point guard battle between Melo Trimble and Mike Gesell.

2. Indiana at Wisconsin, Tuesday. Anyone smell an upset? The Hoosiers won the first meeting by one point. Expect another close battle between the offensive-minded Hoosiers and defensive-minded Badgers. Wisconsin has been a team capable of surprising wins (at Syracuse, Michigan State) ? and losses (Western Illinois, UW Milwaukee).

3. Michigan State at Northwestern, Thursday. Two programs that need to gain some steam. The Wildcats have lost three in a row; the Spartans are just 4-4 in the Big Ten after opening a school-best 16-0. NU is more desperate, as it looks for its first NCAA bid ever. A win here sure would help.

4. Maryland at Ohio State, Sunday. Thad Matta is slowly getting this young squad to come together. There is no shortage of athletic ability and length. But are the young Buckeyes ready for the Terrapins, who come at foes in waves with an arsenal of scorers? Five Terps average double-figures. No way OSU can match Maryland point for point.

5. Northwestern at Iowa, Sunday. No team in America is as hot as the Hawkeyes, which has won 13 Big Ten games in a row dating to last season and are 7-0 in the league for the first time since 1969-70. Iowa already has swept Michigan State and Purdue. Can these guys be stopped?

6. Nebraska at Purdue, Saturday. The Cornhuskers are much improved on the offensive end. And they already have won three Big Ten road games. I?m just sayin?. The Boilermakers are only as good as their guards, as Purdue has gone 4-3 in its last seven. How good is this team?

7. Ohio State at Illinois, Thursday. Malcolm Hill is worth the price of admission, a true one-man gang who recently eclipsed the 1,000-point career barrier. Can the banged-up Illini protect their home court against an improving Buckeye squad? Both teams are looking for relevancy.

8. Wisconsin at Illinois, Sunday. The Fighting Illini scored a big overtime road win at Minnesota last week. And they have beaten Purdue in Champaign. If Malcolm Hill and Kendrick Nunn are rolling, more success could ensue vs. a Badger squad that?s looking more and more like an NIT team.

9. Michigan vs. Penn State, Saturday. This game is in Madison Square Garden, as the Wolverines look to keep momentum going even with Caris LeVert out. Few teams can match the athletic ability of Michigan, a long, quick team that can shoot the rock and is looking more and more like a classic John Beilein squad.

10. Penn State at Ohio State, Monday. If the Buckeyes have any hopes of making the Big Dance, they need to take care of business at home vs. Penn State. You get the feeling Thad Matta?s team is starting to buy-in to defensive principles.

11. Purdue at Minnesota, Wednesday. The start of a difficult week for the Golden Gophers, who play two ranked squads. The Boilermakers? size and defensive intensity may overwhelm Minnesota. Turnovers and guard play have been issues at times for Purdue.

12. Minnesota at Indiana, Saturday. A tale of two teams going in opposite directions. The Hoosiers brought a 12-game winning streak into the week. Conversely, the Golden Gophers have lost nine in a row.

13. Rutgers at Michigan, Wednesday. Yes, Iowa has been a big surprise this season. But Michigan also has played better than some expected. A win here, and the Wolverines will match their victory total from last season (16).

14. Rutgers at Michigan State, Sunday. This one is on the schedule, so it must be played. Look for Tom Izzo to empty the bench vs. a Scarlet Knights squad that is in ? transition.