Costello picks up, twirls Izzo in MSU's win over Maryland 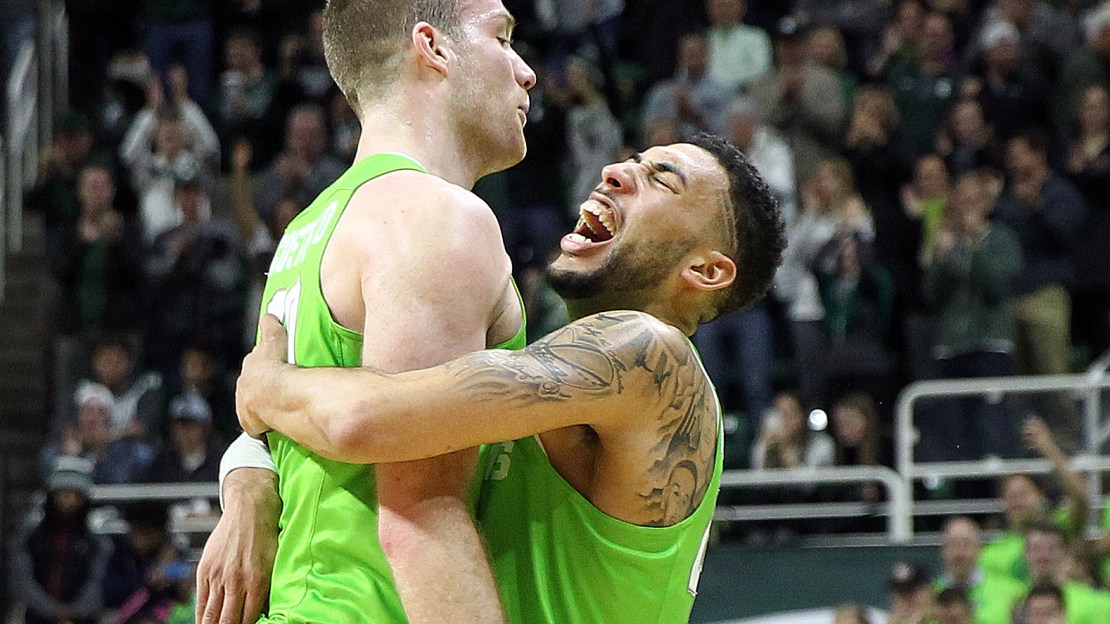 Michigan State's Matt Costello had himself a game on Saturday.

The Spartans' senior big man had 15 points and 12 rebounds in MSU's impressive 74-65 victory over Maryland at the Breslin Center.

This came just three days after Costello twisted his left ankle in a 72-71 home loss to Nebraska. His foot was in a walking boot this week leading up to the game.

It was a heroic effort by Costello, but the best moment came in the final seconds as the Spartans' big man ran to the sideline, picked up head coach Tom Izzo, and twirled him around in his arms.

"I could use a ride once in a while," Izzo joked about the hug. "It wasn't all that bad."

Check out the video at the top of this post.