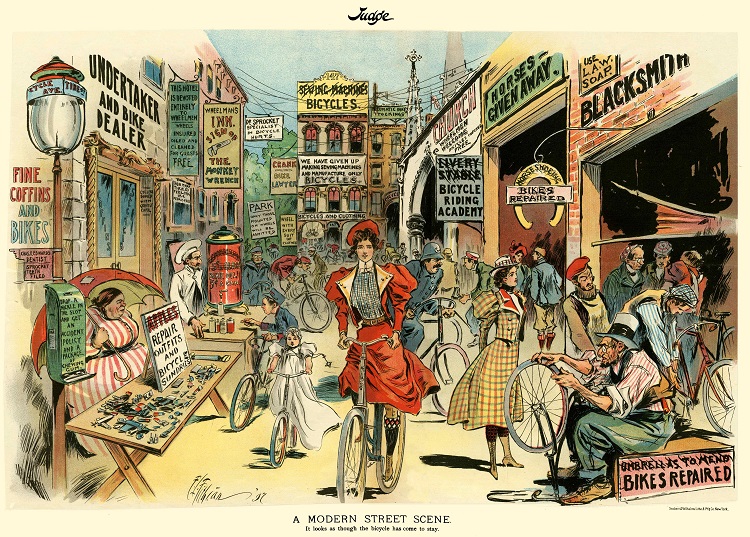 If you were to take a stroll down Baltimore Avenue in College Park, Md., circa 1896, you'd see plenty of animal-drawn carriages and carts, as well as folks on horseback. That's not surprising. But one other striking thing you'd notice would be the number of people pedaling around on bicycles.

From policemen to pleasure seekers, the bike traffic would be thick. That's because the bicycle at that time had skyrocketed to a broad level of appeal not approached again until very recently. 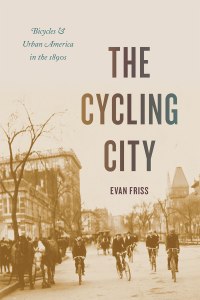 "As a novelty item, the modern bike offered a great deal of promise," said Dr. Evan Friss, a University of Maryland grad and history professor at James Madison University. "Lots of people were imaging the bike as the solution to all sorts of societal ills, not just a way to get from A to B."

In his new book The Cycling City: Bicycles and Urban America in the 1890s, Friss looks back at the oft-forgotten zenith of American cycling. From its nascent stages as a plaything for the wealthy to its role as a liberating means of transport for the masses, the bicycle represented many things to many people.

"It was seen as a way to improve people's health, to clean up the environment," Friss said. "Its new form afforded the opportunity to think creatively and imaginatively about what this might offer."

In the typical late-19th century city, there weren't many transportation options for people of lesser financial means. Automobiles were not yet on the scene, and horses and carriages were only available to people who had wealth of some measure. Even streetcar fares could be steep, and lines were limited anyhow. Consequently, the majority of urban dwellers relied on their own two legs to get around.

When bikes were introduced, more people suddenly could go farther and faster than they had before.

"People could relatively easily travel around the city, and it opened up this whole new world to people," Friss said.

At that time, however, cities were not necessarily conducive to biking. Muddy lanes and cobblestone streets often made riding a bicycle an onerous, uncomfortable task. To voice their concerns, a growing number of cyclists - who often came from the ranks of the elite - began showing up at town hall meetings to voice their complaints passionately and loudly.

Organizations such as the League of American Wheelmen (precursor to today's League of American Bicyclist) were at the forefront of making cities more bicycle-friendly. They pushed for smoother roads paved with asphalt, as well as lanes meant solely for bike riders. 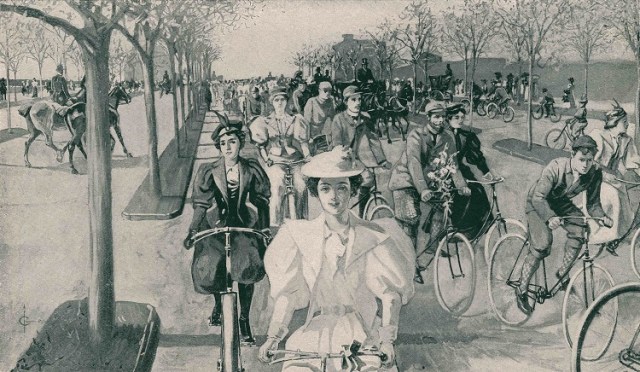 "A lot of cyclists had the idea that bicycles should have their own roadways," Friss explained. "So they started building what we now know of as bicycle paths not only inside cities, but from the middle of the city to the outskirts as a way to allow people who lived and worked in the city to get some fresh air and explore the countryside."

During this time, America far outpaced other countries in number of cyclists on the roads. New York was arguably the world capital of urban cycling, home to one of the grandest bicycle lanes ever built by a municipality, the Coney Island Cycle Path.

Yet, almost as quickly as the nation was swept up in the bicycle craze, enthusiasm dropped off. Though it remained popular with children, the bicycle yielded its ground as streets became the dominion of the automobile.

"A lot of people simply stopped riding their bicycles," Friss said. "It seems to have lost a lot of its social fashionable appeal. They sort of lost some of their luster to the wealthier people who were riding them. The folks who were left riding tended to be more working class, and they didn't have the kind of political cache to advocate for cycling."

[btn-post-package]However, a combination of concerns - prices at the pump, air pollution, obesity and the stress of finding a good parking spot - have once again thrust the humble bicycle into the spotlight. In the past decade or two, it's re-emerged as a method of transportation for people of all backgrounds. Even College Park is seeing a return to its two-wheeled glory days, as the University of Maryland was named a 2015 Bike Friendly University by the League of American Bicyclists.