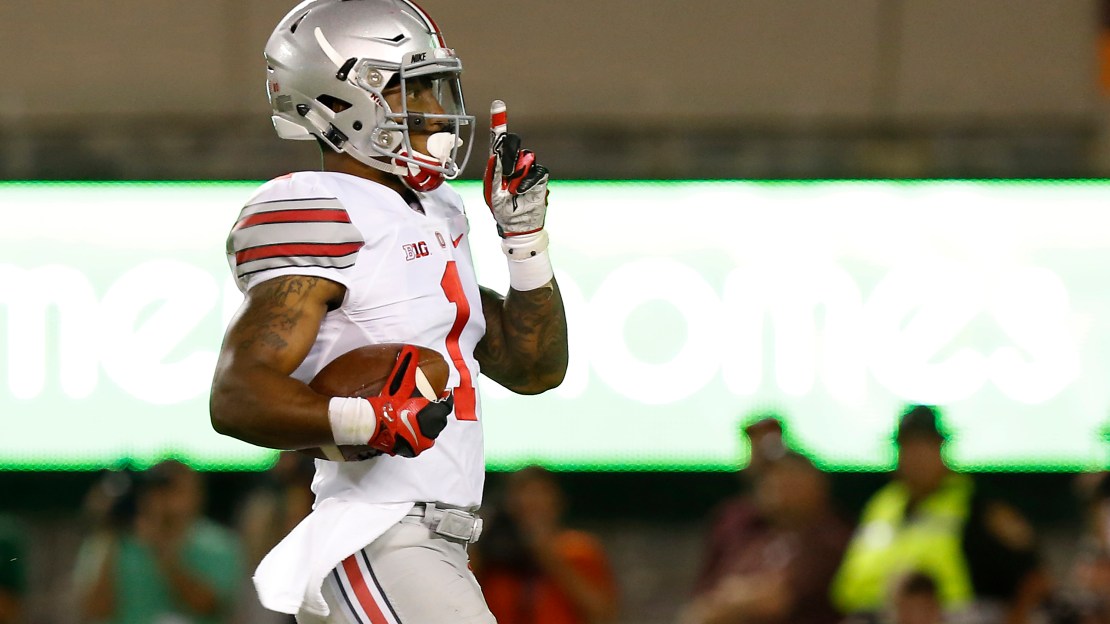 Watch Ohio State?s final official highlights of the 2015 season from the Buckeyes? Fiesta Bowl victory. If you?re an Ohio State fan, you?ll love this. I promise.

As Cleveland.com notes: From Joey Bosa to Ezekiel Elliott, from Taylor Decker to Darron Lee, from Joshua Perry to Michael Thomas, there are a whole lot of Buckeyes in these highlights that you won't be seeing on the field as Buckeyes again. Take a look. The highlights next year will include a lot of new faces-and they all probably will be studs, just like the guys they are replacing.

Carr joins former Southern Miss coach Jeff Bower, former Central Michigan coach Herb Deromedi and current Oregon athletic director Rob Mullens as the four new faces on this year's committee.
"I'm honored to join the selection committee, I think it's a way to give back to our players and coaches and fans and all the people who love football," Carr said. "They tell me it's a lot of work and it's a real commitment, and that's not surprising considering there's really 10 conferences (to monitor).

"So there's a lot of games to go over, and trying to get it down to four teams will be a task that requires a lot of work. But I'm honored to be a part of it."

No doubt, injuries have taken a toll on Michigan State, which is one reason why the Spartans are on a three-game slide. But another is the cold shooting of Bryn Forbes.

Forbes entered Wednesday averaging 13.6 points per game but has had some recent sub-par performances as the Spartans (16-4, 3-4 Big Ten) have lost three in a row and four of seven since a program-best 13-0 start. He scored five points combined in Michigan State's two lopsided losses to Iowa and struggled again Wednesday.

"I was trying to focus on the defensive end so when I came back down my shot would just flow," Forbes said to Mlive.com, "but they just weren't falling tonight."
Forbes will regain his mojo sometime, right? Right? It better happen soon. A visit from Maryland is next.

Nice win for Wisconsin at Penn State last night following a victory vs. Michigan State. Now, can the Badgers build on it? This has been an up-and-down season for Wisconsin, which may be in peril of missing the Big Dance after advancing to the Final Four each of the last two seasons.

Has there ever been a better time to be an Iowa fan? I mean, the football team is coming off a season for the ages that ended with the program?s first Rose Bowl in 25 years. And the hoop team is in the top 10 and threatening to win the Big Ten. Cheers, Herky!

Much is made of the recruiting base Rutgers sits in. It?s fertile. NJ.com takes a look at how RU has recruited the best New Jersey high school programs through the years. The Scarlet Knights need to reign in more top talent from the state at some point in the future.

This is pretty cool: Former Purdue hoops star Robbie Hummel suffered a season-ending shoulder injury playing overseas. Instead of heading home and doing nothing after surgery, Hummel took up an offer from Matt Painter to come to West Lafayette and help with the team.

Hummel is volunteering his time as an adviser of sorts for the Boilermaker players. (NCAA rules restrict the number of coaches on staffs and what they can do, so he has no official title.) He?s living with Painter, waiting to begin more intense rehabilitation and making himself available to players for advice.

?I think it?s good to have an experienced guy, a guy that?s played overseas, a guy who?s played in the NBA, who was a really good college player, around for your players,? Painter said. ?He?s really just being a mentor to those guys.?

Josh Roseblat of InsideNU.com has a good and exhaustive film study on how Dererk Pardon, Joey van Zegeren and Alex Olah can play together. I still think NU has a good shot to make the Big Dance for the first time ever.

The return of Indiana guard Dan Feeney was a big boost for the Hoosier offensive line.

It will be a somewhat different-looking IU offensive line next season - seniors like tackle Jason Spriggs and center Jake Reed are gone. Feeney represents some continuity for the front five in a time of transition. But Feeney will not be the lone player with experience. Junior Dimitric Camiel started last season at right tackle. Junior guard Jacob Bailey took over the starting left guard spot from freshman Wes Martin in the middle of the season. Junior center Wes Rogers rotated in as well.