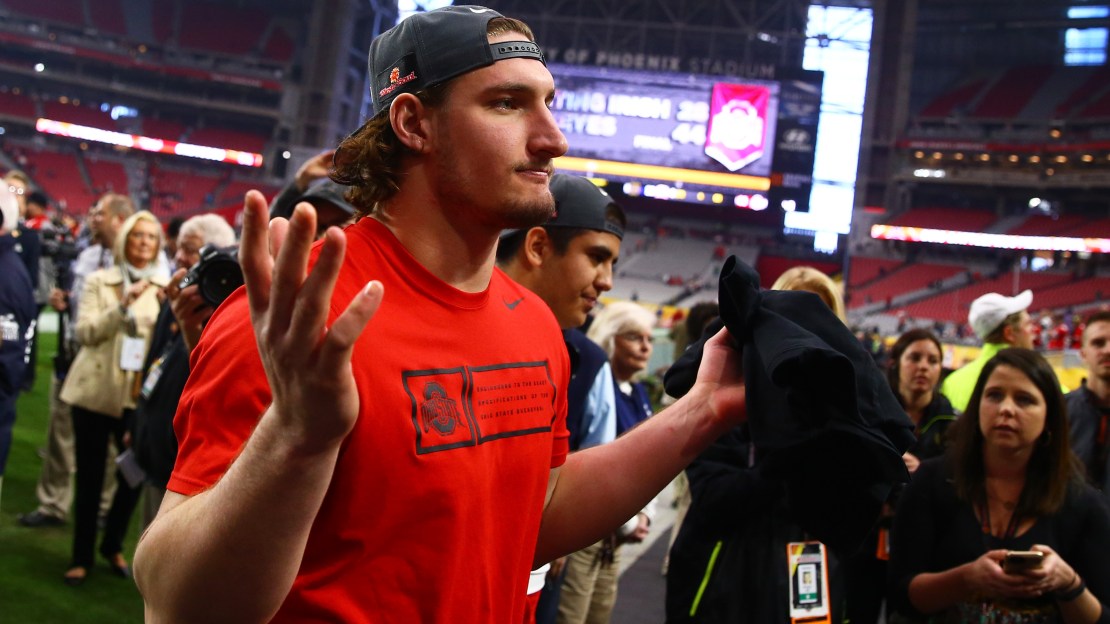 The deadline for players to enter the NFL draft early was Monday, Jan. 18. And, no Big Ten team-or any squad in the nation, for that matter–had more defections than Ohio State.

The Buckeyes saw nine players bolt, highlighted by the early departure of defensive end Joe Bosa, who some feel will be the first pick in the 2016 draft. In all, 20 Big Ten players turned pro.

No other Big Ten team had more than two players leave. Eight schools had at least one player bolt.

Here is a look at the Big Ten players who are leaving early:

On the flip side, some schools got great news by players opting to stay in school: Iowa, Michigan and Maryland. Iowa will welcome back cornerback Desmond King, who won the Thorpe Award and was named the league?s 2015 top defensive back. Michigan was ecstatic when Jake Butt opted to return to Ann Arbor after earning Big Ten Tight End of the Year honors. It also was huge when corner Jourdan Lewis opted to come back. He is one of the Big Ten's best. And Maryland got a boost when cornerback Will Likely elected to come back to College Park after being named the Big Ten?s Return Specialist of the Year.

Check out a few early mock drafts below:

NFL.com and SportingNews.com both have Bosa going No. 1, while SI.com forecasts him going No. 3.