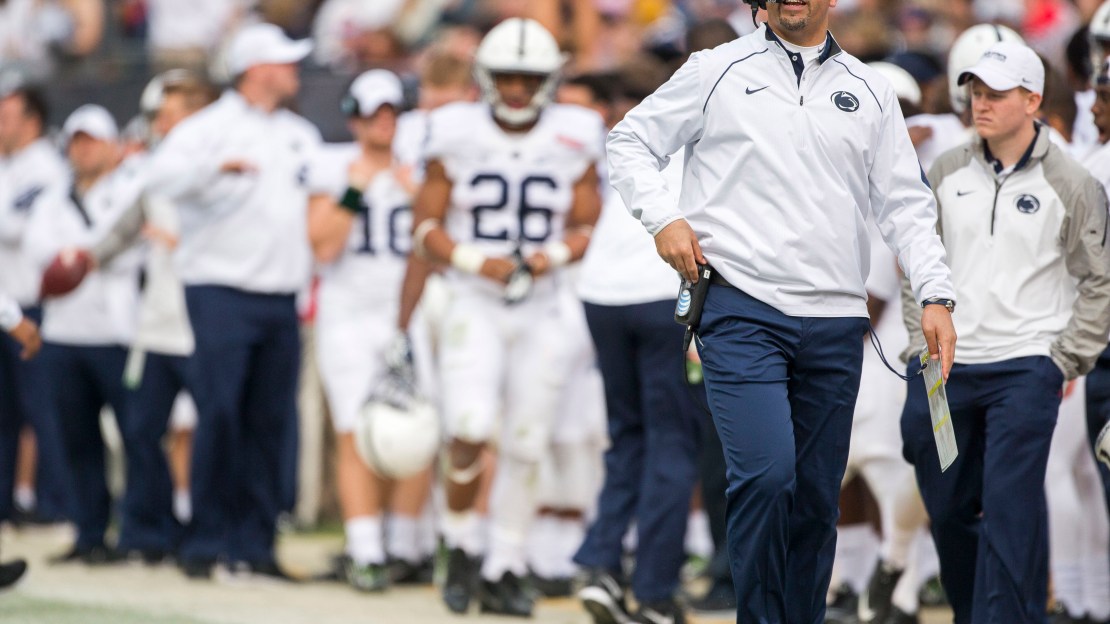 If you are like me, you can?t wait to see what Jim Harbaugh can do with Houston transfer QB John O?Korn, who sat out last season.

The kid was pretty good at Houston. And I bet Harbaugh?s shapes him into a good signal-caller. But he?ll have challengers. Is Shane Morris gonna step up? Finally?

It looks like Wisconsin may have its new DC in line: Tim Tibesar, the team?s outside linebackers coach in 2015.

This is interesting: Michigan State practices while holding towels to combat foul issues.

Defensive players are forced to hold both ends of a towel, either behind their backs or above their head. Veteran players say Monday to Mlive.com that it marked the first time they had used the tactic.

"I think it's a good idea," Spartans guard Denzel Valentine said. "It teaches you to not use your hands, to move your feet as much as you can. We're just going to find ways to get it done, that's what this program's about."

The tactic came a day after the Spartans committed 28 fouls in a 77-76 loss to Wisconsin. That led to a 29-for-36 free throw effort for Wisconsin, compared to 12-for-16 for Michigan State. It marked the fourth Big Ten game that the Spartans' opponent has shot at least 10 more free throws.

Purdue is adding games with Boston College and Louisville. And the 2017 U of L game will be played in Lucas Oil Stadium. I likey.

Purdue and Louisville have met once previously, a contest that took place Sept. 19, 1987, in West Lafayette and resulted in a 22-22 tie. I was at that game, the first of the Fred Akers era. Not a good start to what turned out to be a horrible Akers? era. U of L coach was Howard Schnellenberger.

Penn State is reeling from a wave of player and coach defections in the weeks since falling to Georgia in the TaxSlayer Bowl. Coaches Bob Shoop and Herb Hand were viewed as making lateral moves to Tennessee and Auburn, respectively, while a handful of veteran players announced their intentions to transfer.

The job of bolstering Rutgers? athletics got a whole lot easier with an assist from New Jersey Gov. Chris Christie, who signed a bill to provide $25 million in tax credits for RU athletic facilities.

"We are extremely grateful to all of the legislative sponsors and to the governor for their efforts on this bill," university President Robert Barchi said in a statement.?This was a bipartisan effort that speaks volumes about the legislative and gubernatorial commitment to Rutgers. This is a great day for Rutgers and a real credit to the efforts of our supporters in Trenton and across the state."
I still like the potential of this place.

The great Chip Scoggins of the Minneapolis Star Tribune takes a hard look at the Gopher athletic department, which is facing a very critical next year or two.

Scoggins notes that a search for a new athletic director is underway. New football coach Tracy Claeys has a minuscule buyout, essentially making his first full season a prove-it audition. Men?s basketball coach Richard Pitino is losing supporters by the day. And veteran men?s hockey coach Don Lucia has a contract that expires in April 2017. That?s a lot of uncertainty at one particular time.

Don?t look now, but Yogi Ferrell became Indiana?s career assists leader last night. And his legacy continues to grow in Bloomington. Is Ferrell an all-time great at Indiana? Sure he is.

Some already are handicapping the 2016 Heisman race. And Ohio State QB J.T. Barrett is No. 3 on one list.

I tell ya, this is a loaded field that also includes Clemson QB Deshaun Watson, LSU RB Leonard Fournette, Stanford ace Christian McCaffrey and Oklahoma QB Baker Mayfield. Not bad. Maybe it?s just me, but I can? recall ever being so excited about a Heisman race ? and it?s only January.