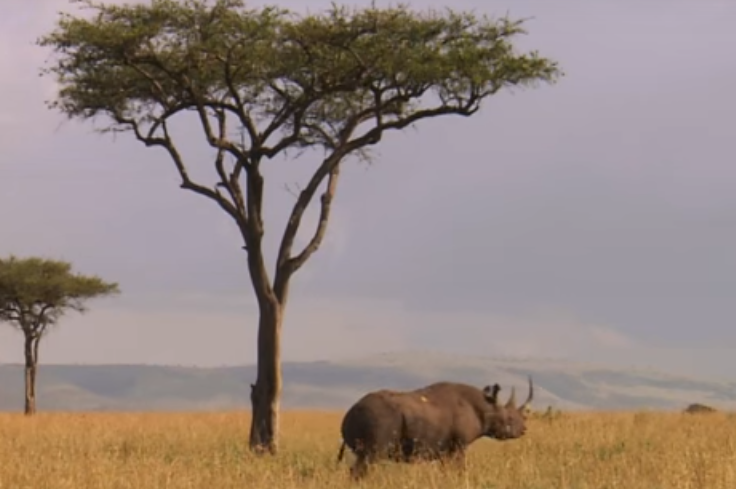 A worn pickup truck sits by the side of the road outside South Africa?s Hluhluwe Imfolozi Park. The hood is popped; engine trouble, it seems. The driver waits by the vehicle. Just then a small group of individuals appear, bounding over the park?s low fence. They?re spiriting away something large. The driver slams down the hood, the men pile into the back, and it speeds off into the night.

These are poachers, on the hunt for rhino horns.

?In South Africa alone, two rhinos are killed every day by poachers,? says V.S. Subrahmanian, professor of computer science and director of the Center for Digital International Government at the University of Maryland. ?Every single living thing on this planet contributes and gives back to our earth in many different ways. Rhinos are one important part of the ecosystem.?

Thanks in part to Subrahmanian and his team, the tide is turning in the war on poachers. Utilizing a two-pronged approach of targeted surveillance-drone flights and predictive analytics, they have brought about a dramatic decrease in killings.

?When the drones are flying, then incidents of poaching have gone down pretty much to zero,? he said.

The team begins by analyzing and cataloging all available data surrounding rhino populations, movements, food and water sources, weather patterns and lunar cycles. Combined with additional information from local police and park sources on the activities of poachers, this data is used to create predictive models.

These models allow the team to surmise where a large number of rhinos might congregate, where poachers are most likely to breach the park?s perimeter, and even which nights might see the most threats posed to the animals.

?Big-data analytics have been used extensively by companies like Google and Facebook,? Subrahmanian explained. ?But it has never been used before in the service of conservation. Based on what the models tell us, we can figure out how to fly a set of drones and [direct] a set of ranger patrols to maximize the number of protected animals.?

Those drones, according to Thomas Snitch, visiting professor of computer science at the University of Maryland, provide ?unparalleled situational awareness.?

?Our [drones] can fly between three and four hours on batteries, completely silent,? he added. ?It has cameras for daylight and infrared for night. It?s like flying binoculars that see at night.?

Subrahmanian said the team?s work owes a great portion of its success to the University of Maryland, which he calls an ?outstanding institution.?

[btn-post-package]?Most academic institutions live in academic stovepipes,? he said. ?There are physicists, there are computer scientists, there are biologists. But in this case, we actually have a combination of disciplines, which are being supported by UM Institute for Advance Computer Studies. I don?t think this would happen anywhere outside of Maryland.?