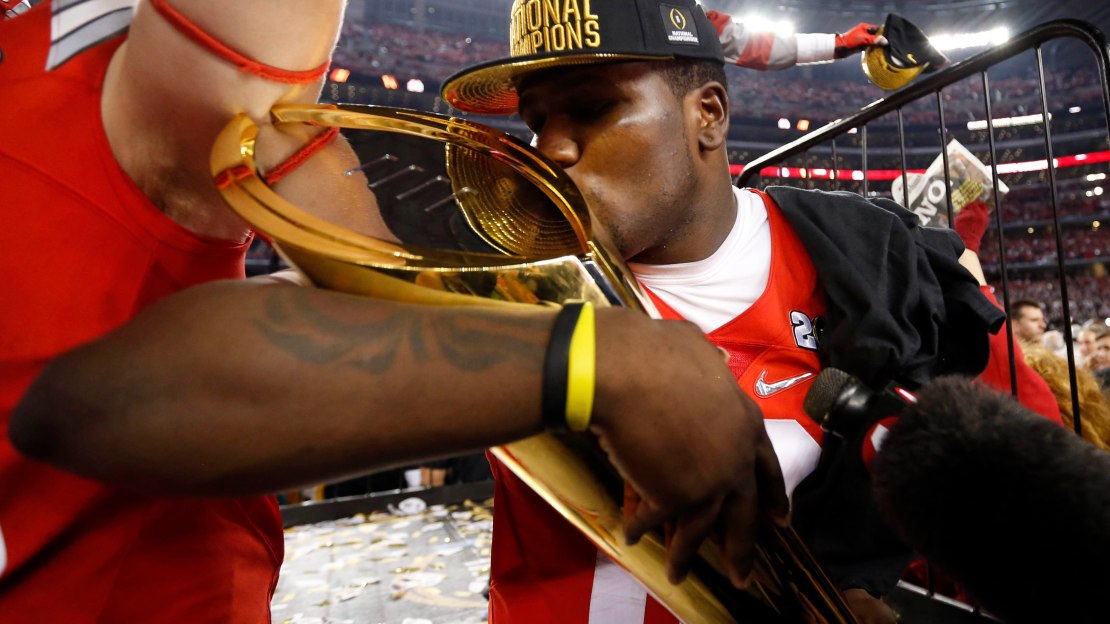 Is your team breaking in a new starting quarterback next season?

Don't worry, it's not all gloom and doom.

In fact, there's this amazing stat: Six of the last seven national championship teams have had a first-year starter under center.

The streak started in 2009, when Greg McElroy helped lead Alabama to the title, and it's happened every season since except for 2012, when A.J. McCarron and Alabama won its second consecutive crown.

For what it's worth, Indiana, Michigan, Michigan State, Penn State and Wisconsin will have new starting quarterbacks in 2016.