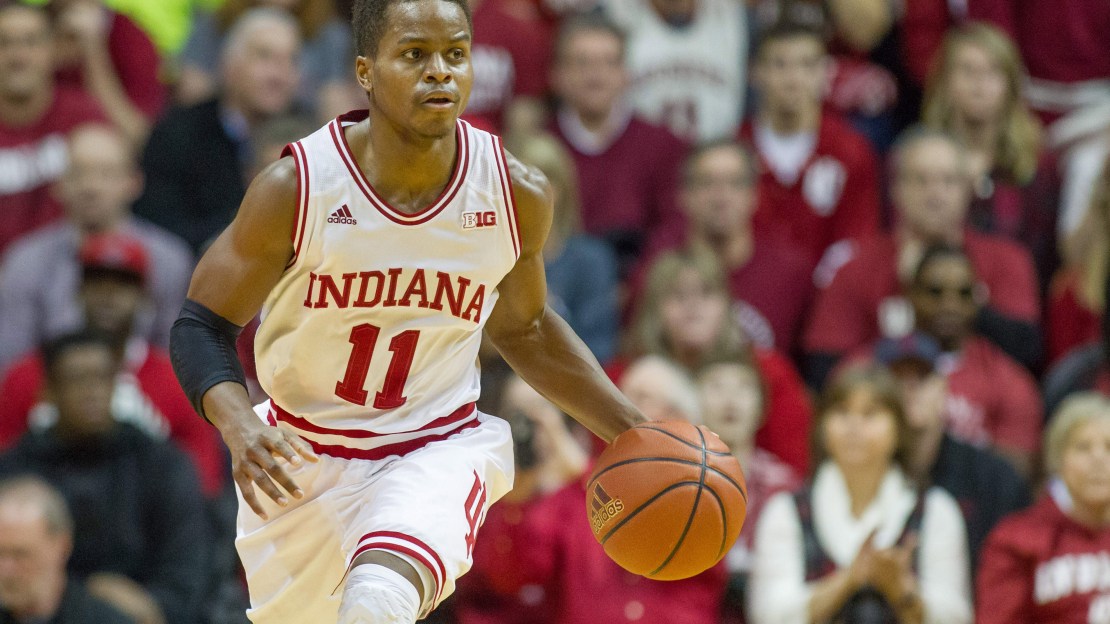 It's taken a while, but Yogi Ferrell has made his way back into the top 5 of my Big Ten Player Rankings.

The Indiana point guard checks in at No. 5 this week, up one spot from last week. For what it's worth, the last time Ferrell was in my top 5 it was late November.

1. Melo Trimble, Maryland. Trimble shocked the Kohl Center on Saturday with a deep, game winning 3-pointer to beat the Badgers. The Terps are now 15-1 over the last two seasons in games decided by six points or fewer due to the stellar second half play of Trimble.
Last week: 1

2. Jarrod Uthoff, Iowa. Uthoff scored 25 points against the Cornhuskers on an array of difficult shots. He has led No. 19 Iowa to a 3-0 start in Big Ten play. Thursday night, he has a chance to make another Player of the Year statement against Denzel Valentine and No. 4 Michigan State in East Lansing.
Last week: 2

3. Denzel Valentine, Michigan State. As expected, Valentine looked a little rusty against Penn State in his first game back from knee surgery (10 points on 4 for 11 from the field). The national player of the year candidate will need to shoot the ball better Thursday night in a revenge game against Iowa.
Last week: 4

4. A.J. Hammons, Purdue. In a victory over Michigan, Hammons scored 17 points and swatted four shots. In a loss at Illinois, Hammons was inexplicably held to eight points and one block against the depleted Illini front line.
Last week: 3

5. Yogi Ferrell, Indiana. Ferrell continues to evolve on both ends of the court. In four conference games, the senior point guard is shooting 49 percent and averaging 19.8 points, 5.5 assists and 1.8 steals for the 4-0 Hoosiers.
Last week: 6

6. Diamond Stone, Maryland. Stone has been very difficult to stop off of the bench in conference play. He is third in scoring (18.8) and fifth in rebounding (7.3), numbers that have helped No. 3 Maryland get off to its best start in program history.
Last week: 8

7. Nigel Hayes, Wisconsin. Hayes and Wisconsin had two golden opportunities to steal victories from Indiana and Maryland, but couldn't get the job done either time. Hayes is putting up strong across-the-board numbers (15.8 ppg, 6.3 rpg, 3.7 apg, 1.1 bpg), but he's shooting just 38 percent from the field.
Last week: 7

9. Bryant McIntosh, Northwestern. McIntosh has been brilliant passing the ball in Big Ten play, averaging a conference-leading 8.5 assists in four games. Don't be surprised if his assists get above 10 soon, assuming the Wildcats' shooting slump is over.
Last week: 9

10. Andrew White III, Nebraska. The Kansas transfer has been stellar in conference play and gives the Huskers a chance to play spoiler over the next couple months. Here's a look at where his numbers rank during conference play: Fourth in scoring, seventh in rebounding, 12th in field goal percentage, fourth in 3-point percentage, first in 3-pointers made and sixth in defensive rebounds.
Last week: NR