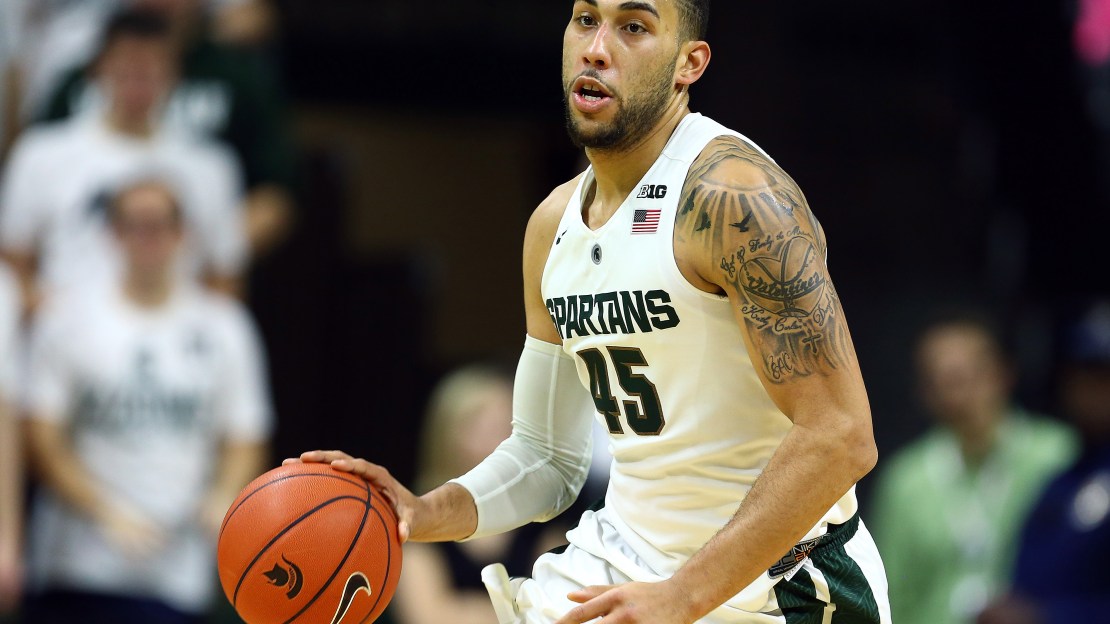 The third week of the Big Ten season is upon us, and it?s becoming increasingly clear that Maryland, Michigan State, Iowa and Indiana are the teams to beat. And Thursday?s Iowa at Michigan State tilt will go a long way to shaping the race as we head into the teeth of winter.

Game of the week: Iowa at Michigan State, Thursday. When the Hawkeyes hit the Breslin Center court, it will be their first game since Jan. 5, a nine-day layoff. Iowa had been on fire before the respite, winning five in a row with a 13-point win vs. the then-No. 1 Spartans on Dec. 29 during the run. (Of course, the Spartans didn?t have Denzel Valentine in Carver-Hawkeye Arena that night, as he was out with an injury; he?s back now.) Will the Hawkeyes still have their mojo? No doubt, Michigan State has revenge on its mind.

Don?t overlook this game: Maryland at Michigan, Tuesday. Road games always are tricky. And this one could trip up the mighty Terps. The Wolverines had won six in a row before losing at Purdue on Thursday. This is a talented Michigan squad that may get a big lift from the return from a leg injury of top scorer Caris LeVert. This could be the signature win the Wolverines are looking for.

Must win: Northwestern vs. Wisconsin. If the Wildcats want to make a run for their first NCAA bid ever, they need to protect their home court. NU failed in that regard last week when it fell to Ohio State, 65-56. And that came after a home defeat vs. Maryland. Now comes a visit from Wisconsin on Tuesday. This is a beatable Badgers team that NU needs to dispatch in Welsh-Ryan Arena.

Best individual matchup: This is a no-brainer, it?s Iowa?s Jarrod Uthoff vs. Michigan State?s Denzel Valentine. They won't be going up against each other, but they are the top contenders for Big Ten Player of the Year. Uthoff paces the league in scoring with an 18.6 average; Valentine is second at 18.5. These stars will meet in East Lansing on Thursday. Who can impose their will on the other? Valentine didn?t play in the Spartans? loss at Iowa in late December because of injury; Uthoff had 10 points, five rebounds and six blocks.

Upset alert: Michigan State at Wisconsin, Sunday. The Badgers are struggling under Greg Gard with a 9-8 mark, but it?s never easy to win in Kohl Center. Ask No. 3 Maryland, which needed a last-second, game-winning shot by Melo Trimble to escape with a win on Saturday. A victory by Wisconsin could provide a much-needed spark for a program that played in the last two Final Fours, including last season's national final.

Big week: Michigan State. The Spartans can make a big statement with a visit from Iowa on Thursday followed by a game at Wisconsin on Sunday. Michigan State welcomed back Denzel Valentine from knee surgery on Sunday that caused him to miss four games. Michigan State can ill afford a slip up if it wants to keep pace in the Big Ten, as it already has one league loss. MSU will have payback on its mind when the Hawkeyes visits East Lansing. And winning at Wisconsin-even vs. a less-than-vintage Badger team-will be difficult.