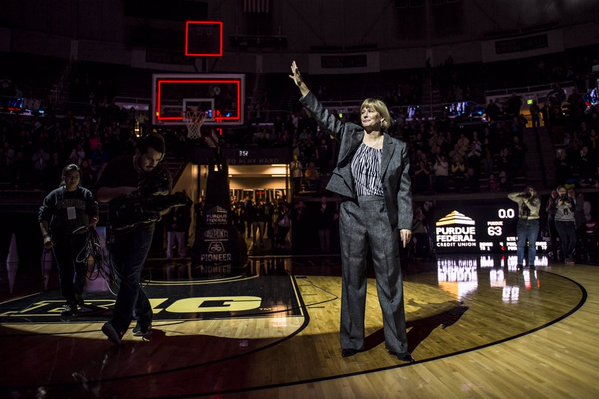 With the win Versyp becomes the winningest head coach in program history, surpassing Lin Dunn, who has held the record since 1996. The Boilermakers honored Versyp with a postgame celebration after the win with words from athletics director Morgan Burke, senior associate athletics director Nancy Cross, associate head coach Nadine Morgan and more.

The Boilermakers, who won their eighth straight to improve to 13-2 overall and 4-0 in Big Ten play, tied for the conference lead with Ohio State, set the tone with their defense early, holding Indiana without a bucket for almost the first four minutes.

Ashley Morrissette flirted with a triple-double, finishing with 12 points, eight rebounds, eight assists and two steals, while committing no turnovers for the game. Andreona Keys secured her first career double-double, piling up 10 points, 11 rebounds and a career-high three blocks.

Purdue aims to continue its win streak at 7 p.m. ET Thursday vs. Minnesota.

Here are some highlights from the victory:

Here are a few highlights from today's GREAT win over IU. #NothingIsGiven https://t.co/2ZvKAlZ0PV