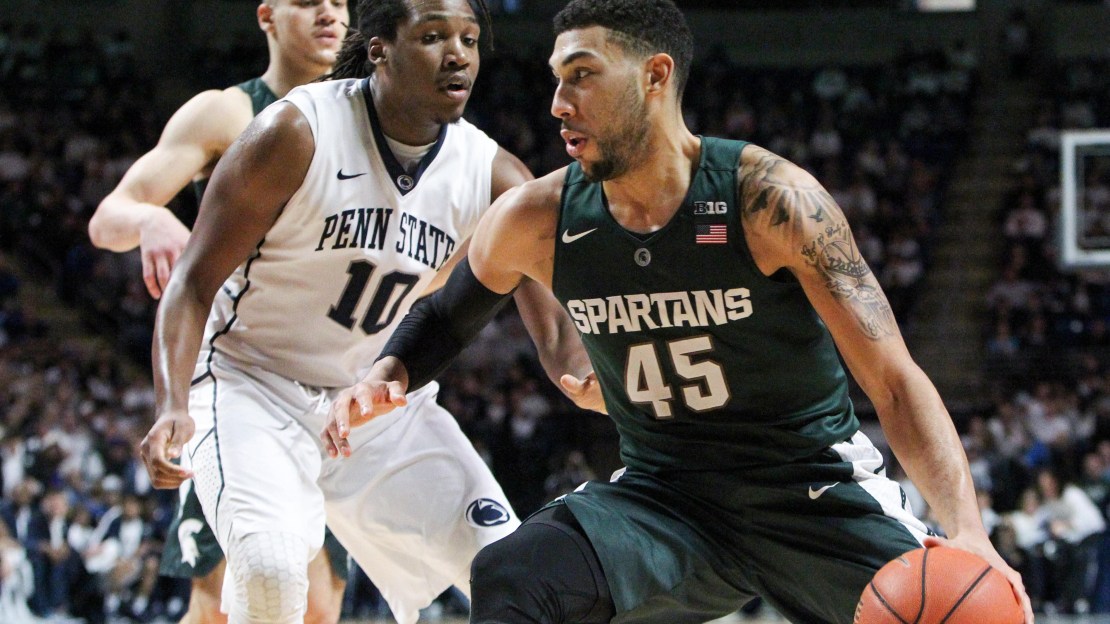 Denzel Valentine made his return from knee surgery in Sunday's 92-65 win at Penn State.

[ MORE: Watch replay of No. 5 Michigan State at Penn State on BTN2Go ]

After missing the last four games, including the Spartans' first three Big Ten games (2-1), the Michigan State do-it-all star entered the game with 15:23 left in the first half and finished with 10 points, four rebounds, four assists and two steals in 23 minutes.

Valentine, who was among the early leaders for player of the year before the surgery, entered the game averaging 18.5 points, 8.3 rebounds and 7.1 assists in 12 games.

The Spartans (16-1) lost their only game of the season while Valentine was out, a 83-70 decision at surging Iowa in the Big Ten opener.