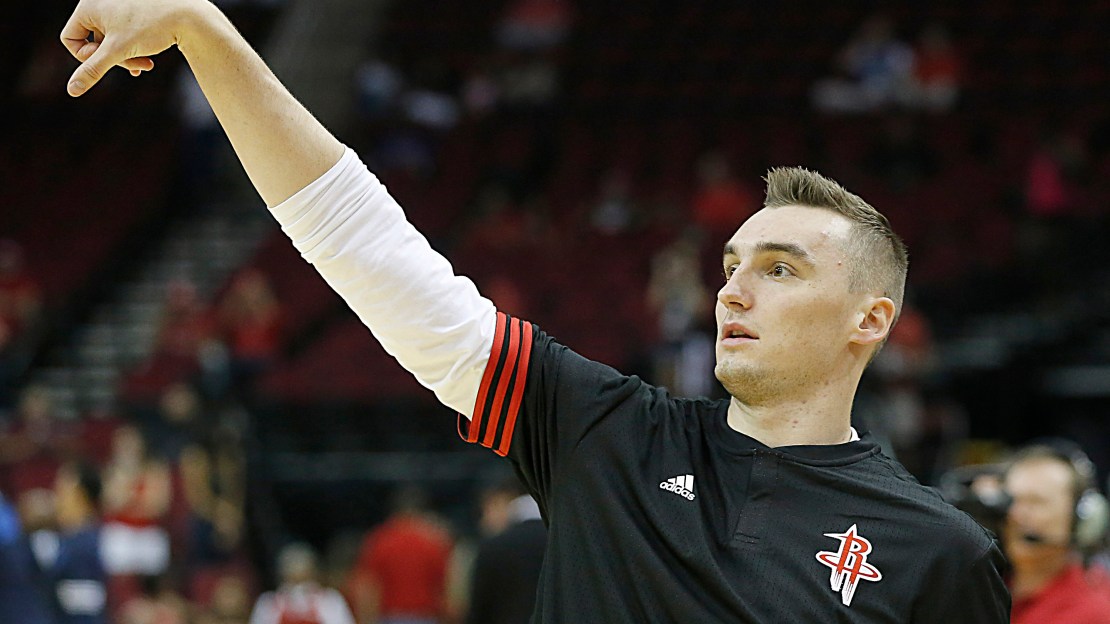 It was alumni day Saturday at the Wisconsin men's basketball game.

Former Wisconsin star and current Houston Rockets forward Sam Dekker learned this via text message from his mother, who said that Dekker should be at the Kohl Center.

He would have been had he not entered the 2015 NBA Draft following his junior season, one that saw the Badgers make their second consecutive Final Four run, ending with a loss to Duke in the national final.

See the complete text message in the tweet above.