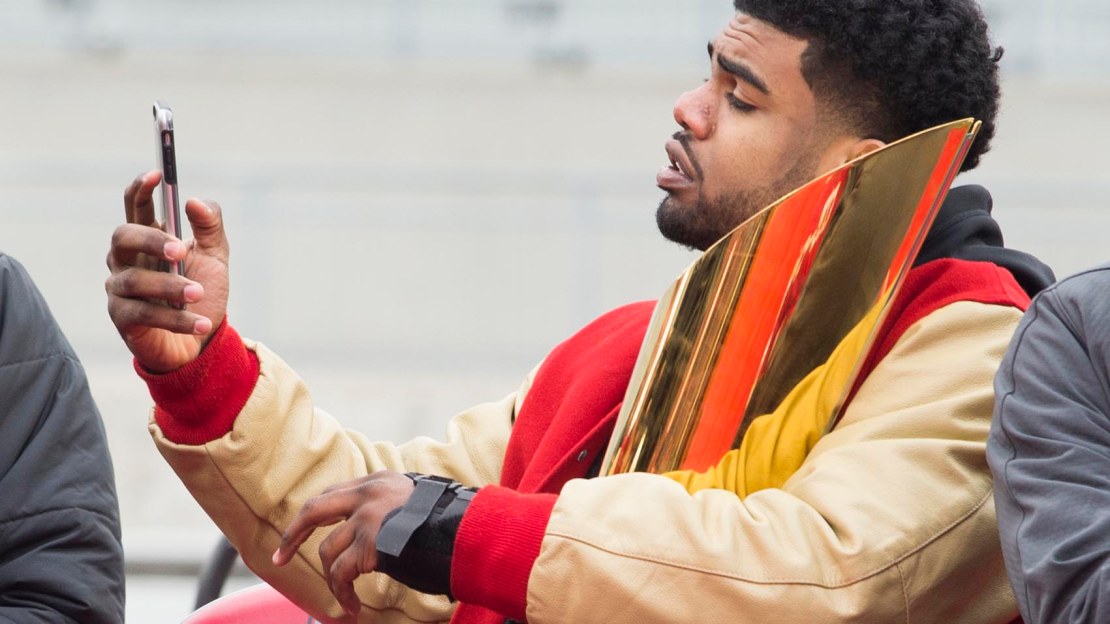 Elliott helped carry the Buckeyes to the 2015 national title, the first of the new playoff era, and totaled 4,125 yards and 41 touchdowns in his two seasons as the starter, including an eye-popping 12 scores in four career postseason games.

For all of his efforts and accolades, Elliott figures to go down as one of Ohio State's all-time greats.

The Ohio State fan pictured in the tweet above knows this, and that's one of the reasons why he named his newborn son after Elliott.