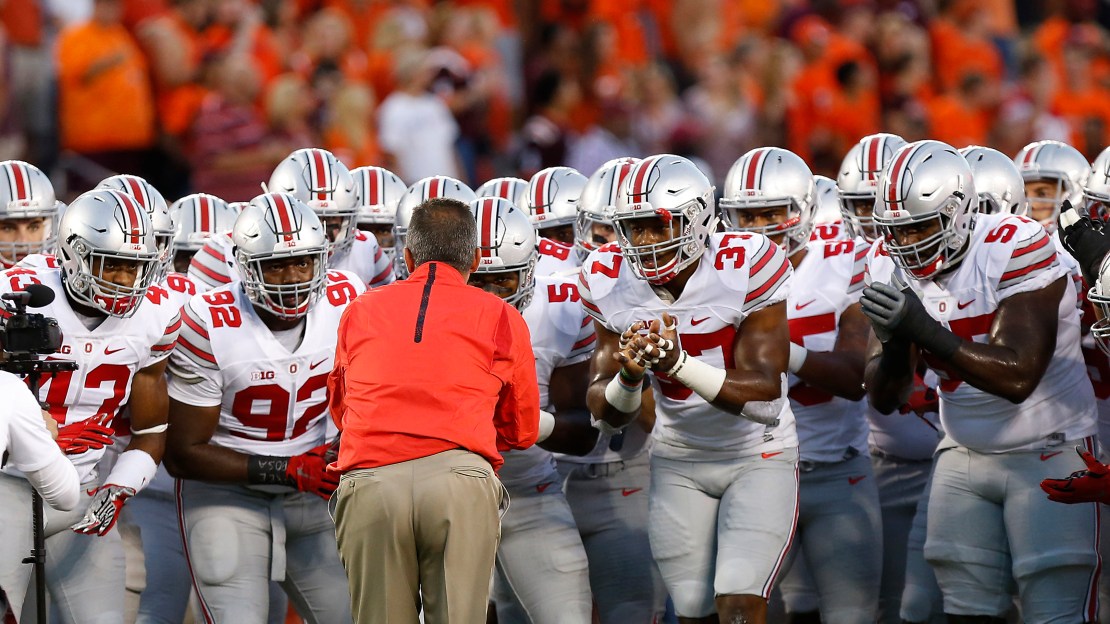 AthlonSports.com has a very early football Top 25 for 2016. Yes, you knew it was coming because they come every year and we roll our eyes at them and then read them anyway because they're fun to talk about. The national title game for this season hasn?t even been played and college players still can declare for the NFL draft until Jan. 18. Regardless, early, early, early Top 25 lists wait for no one.

It's difficult to argue against Ohio State being that high. It?s Ohio State, for crying out loud. Yes, the Buckeyes have seen nine players declare early for the NFL draft, including the likes of DE Joey Bosa, RB Ezekiel Elliott, WR Jalin Marshall and LB Darron Lee. But talent flows into Columbus. And there is some top talent back, as well, led by QB J.T. Barrett. And don't forget about DE Sam Hubbard, LB Raekwon McMillan and Curtis Samuel. The schedule has some hurdles, beginning with a game at Oklahoma. The Buckeyes also go to Wisconsin, Penn State and Michigan State.

One last thing: Urban Meyer is still standing on the sideline. And that?s a huge edge for the Buckeyes each Saturday.

Michigan comes in at No. 7. Jim Harbaugh has the fastest-rising program in the Big Ten, as he defied most projections in 2015 by notching a 10-win season. The key to a top-10 finish will be developing the offense, including grooming a quarterback. Check this out: The first five games are in Ann Arbor, including Wisconsin. But Michigan has to go to Michigan State, Iowa and Ohio State. Still, as Harbaugh floods the roster with his recruits, the possibilities are exciting. The 2016 could be very good. But 2017 may be great.

Michigan State is No. 11. Can't quibble with this. Mark Dantonio has a smooth-running program that teems with talent. A big key will be staying hungry; a blowout loss to Alabama in the College Football Playoff should fuel a program that constantly is looking for pats on the head and affirmation. That massive chip on the program's shoulder grows bigger with each passing year. A September trip to Notre Dame will be a nice measuring stick. There also is a visit from BYU, but Michigan and Ohio State both come to East Lansing. Wisconsin travels to town, too.

Iowa is No. 17 coming off a season for the ages. The schedule gets appreciably more difficult with crossover games at Penn State and home against Michigan. Still, it's a manageable slate with no non-league games vs. heavies. Plus, most of the key cogs from the magical 2015 team are back, led by QB C.J. Beathard.

I will tell you to keep an eye on Nebraska, which may be the team to beat in the West. Just saying. The Cornhuskers? luck has to change in 2016. And talent abounds for a program that went 3-1 down the stretch. Oregon comes to Memorial Stadium. Back-to-back games at Wisconsin and at Ohio State will be daunting. And it all wraps up at Iowa.

As for Wisconsin, my enthusiasm is tempered by a schedule that sees the Badgers open vs. LSU in Lambeau Field and then playing at Michigan State, at Michigan, vs. Ohio State, at Iowa and vs. Nebraska. All of that for a team that lost star DC Dave Aranda and needs a QB. Woof. Good luck with that, Bucky.