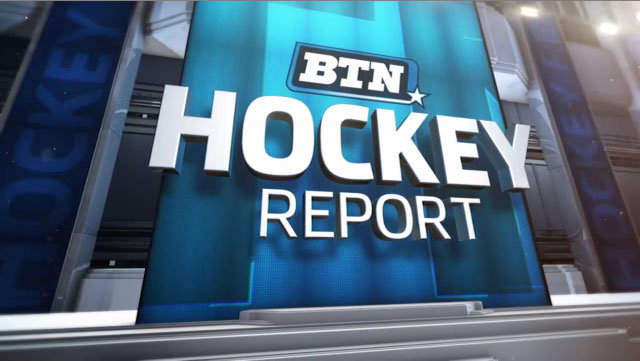 This week, BTN's Rick Pizzo and Paul Caponigri preview the weekend games between Minnesota and Penn State men's hockey teams. Penn State hosts Minnesota Friday at 6:30 p.m. ET and Saturday at 3 p.m.. Friday?s game is on BTN and BTN2Go (via this link) and Saturday's game is offered via our subscription service BTN Plus.

Plus, we have a one-on-one interview with Minnesota head coach Don Lucia in this post, too.

The Gophers are 7-1-0 all-time against the Nittany Lions in a series that began with the formation of the Big Ten Conference in 2013-14. Hudson Fasching is Minnesota?s active leading scorer against Penn State with 11 points?(four goals, seven assists) in eight career games. Read more on the games at GopherSports.com and GoPSUsports.com.