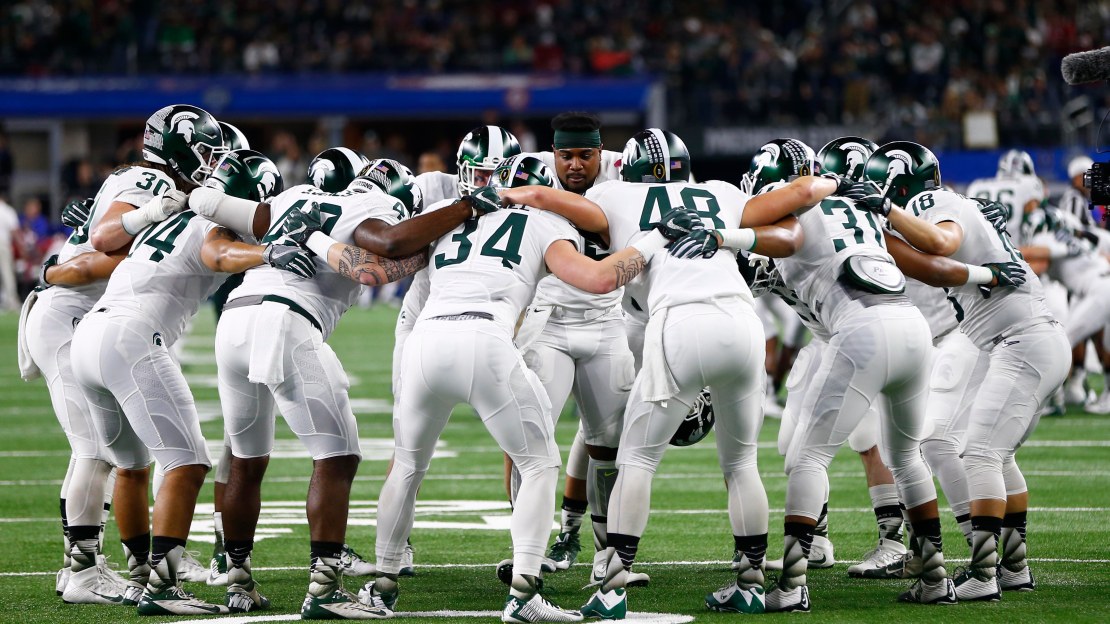 Digging and sifting through my mailbag, answering your questions. Lots of reaction to bowl seasons with many wondering if Ohio State would have performed better in the playoffs than Michigan State. And how many games will Michigan win next season? All of that, and more. Read on!

I?m not saying Ohio State would?ve definitely beaten Alabama in the playoffs. MSU earned the right to play against the Tide by taking down OSU. But if I?m picking one team to represent the B1G to play against anyone in the country, it?s Ohio State. In their final two games of the season, the Buckeyes looked every bit like a team that could beat anyone in the country. For all the talk they generated about their offensive struggles, they finished the season by averaging 43 points against two of the best defenses in America. Nobody had more upside than this team. Unfortunately for OSU, it took way too long to show that to the College Football Playoff selection committee. – Brian Fairchild

I think a lot of people probably hold your same viewpoint. Ohio State is the Big Ten squad that is built to stand toe-to-toe with any school in the nation. It?s just too bad the Buckeyes couldn?t settle their quarterback issue sooner. The flipping of Cardale Jones and J.T. Barrett never allowed the offense to gain an identity and rhythm. And that played a big role in Ohio State?s stunning home loss to Michigan State that ultimately cost it a shot at the East and Big Ten championships.

[MORE : All bowl results & recaps | Available highlights on YouTube | Enter to win a trip to the Big Ten men's tourney ]

Where do you have Michigan finishing in 2016? How many games do you see them winning? – Jake

Understand that it is still very early, but let?s take a look at the Wolverines? 2016 slate: Hawaii, UCF, Colorado, Penn State, Wisconsin, at Rutgers, bye week, Illinois, at Michigan State, Maryland, at Iowa, Indiana, and at Ohio State.

Note this: This is the first season with nine league games. But it?s pretty sweet that Michigan gets to open with five-count ?em FIVE!-home games. There are three tough road games: at MSU, at Iowa; at OSU. Going 1-2 would be nice. In the other nine games, I think Michigan will be the favorite. So, a 10-2, 9-3 mark looks very possible. Certainly no worse than 8-4.

Again, the key will be beating who Michigan is supposed to beat (something Jim Harbaugh proved adept at in 2015) and winning one or two of those tough three road tilts. Personnel-wise, the Wolverines need to develop their offensive line and running backs and find a QB.

No question, Central Michigan, the opponent for Minnesota in the Quick Lane Bowl, was not exactly dog meat. The Minnesota defense again did a very good job against a team that was capable of scoring often. – Dick Sherman

Yep. I gave the Minnesota defense an ?A? in my recap of that bowl. This unit played championship-caliber football, limiting an explosive CMU attack to 249 yards for an offense that was averaging 414 yards. The Chippewas were averaging 313 yards passing (15th in the nation) behind QB Cooper Rush, who had just 145 yards passing and hit 15-of-29 passes.

A boffo Minnesota secondary clamped down on the high-power CMU aerial game. However, freshman CMU back Romello Ross was a force. But, it wasn't enough. It was a nice effort for a talented Minnesota defense.

Will Purdue get back to a bowl in the next three years? What will it take? – Chris Mobley

I like the Boilermakers? chances in the next three years. Darrell Hazell has had three years to get the program on track. So far, it hasn?t happened. He is 6-30 overall and 2-22 in the Big Ten. Myriad issues persist with Year Four dawning, as Hazell has replaced both coordinators. For Purdue to reach its first bowl since 2012, it will need to play better in the trenches. That is the ultimate key. The team was No. 13 in rushing offense and last in rush defense.

Now that the B1G has wrapped up its 2015-16 bowl campaign, who do you see as the East and West Division's best teams heading into next year? Do any teams have a realistic chance of not only being in the playoffs, but taking home the national championship trophy next year? – Kurt

I soon will make my early projections, 1-7 in each division, for 2016. But my early selections are Iowa in the West and Ohio State in the East. As for a playoff team/potential national champ, it has to the Buckeyes. But Michigan could make a run at Ohio State, and you never want to count out Michigan State. And keep an eye on Nebraska and Wisconsin in the West.

With a somewhat new offensive line, can Ohio State really afford to keep offensive line coach Ed Warinner in the press box to call plays in 2016? Even Urban Meyer said it couldn't be done with a non-veteran line (when Warinner initially moved). The offense didn't seem to move with Warinner on the field and Tim Beck upstairs. – J.C.

I agree. That Michigan State game was tough for OSU, which had just 132 yards of offense (46 passing and 86 rushing). And still only lost 17-14. It was a stunning display of ineptitude. After that, Warinner moved upstairs, and the Buckeye offense took flight. Ohio State had 482 yards and 42 points at Michigan and 496 yards and 44 points vs. Notre Dame in the Fiesta Bowl.

Yes, the Buckeye offensive line is losing both tackles and its center and will be a work-in-progress in 2016. Still, I think Warinner should stay upstairs on game days.