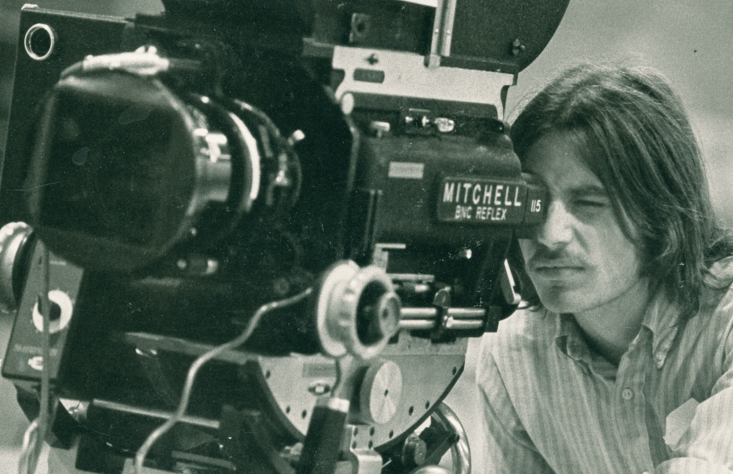 For Northwestern grad Ira Deutchman, such ?trouble? has led to a prolific career spanning 40 years as a producer and marketer of independent films. Over those four decades, Deutchman worked with legendary directors like Robert Altman, John Sayles, Jonathan Demme and Gus Van Sant.

Now, Deutchman will donate the personal papers from his life in film to the University of Michigan Library?s Mavericks & Makers Collection.

You may be wondering: Why is this Wildcat handing that over to Michigan?

The reason is that the UM Library collection houses extensive materials documenting the careers of several American filmmakers known for playing by their own rules, including Altman and Sayles. Deutchman said that because he had worked with those two filmmakers specifically, his own papers would be a good complement to the collection.

?It made sense to me, given the fact that most of the time papers of a director are creative notes, [and] the fact that I was a distributor on some of their movies meant I had business-oriented documents centered on the same films,? he explained.

?I was, first of all, incredibly honored that I would be the fifth person in this collection,? he added. ?But also from a research perspective, that I could spread some light on those folks was of interest to me. I just felt that it would complete the circle. Someone said I was the glue that held everything together because I have worked with all of the filmmakers in the collection.?

Deutchman?s career in marketing, disturbing and producing films began in his days as a Northwestern undergrad. He had a work-study job as a projectionist for several on-campus film clubs; it was there were he first discovered his passion for bringing audiences and films together.

This experience led to his first job as a salesperson for a film distribution company that sold films to college campuses. There he organized the Midwest premiere for John Cassavetes? seminal work, ?A Woman Under the Influence,? which was held on the Northwestern campus in Evanston. Cassavetes and the film?s two stars, Gena Rowlands and Peter Falk, attended the event, which persuaded Deutchman to continue following his passion.

And continue he did: Through the 1970s, 80s, 90s and 2000s, Deutchman was involved with some of the biggest hits of the independent film world. Through his companies Cinecom and Fine Line Features, he worked on such well-known films as Merchant/Ivory?s ?A Room with a View,? Jonathan Demme?s ?Stop Making Sense,? and Robert Altman?s ?The Player.?

Unlike the tightly controlled studio setting of Hollywood, independent films are known for their strong artistic, auteur-like vision. Working with such formidable personalities and even playing a ?bad cop? role with some of America?s greatest filmmakers could be undeniably difficult, but it comes with the territory, Deutchman said.

?A producer?s job is to be the one person who is working on the movie who can literally speak both languages,? he explained. ?They can talk business, they can talk art - and in a way to be the intermediary between those two worlds so that everybody gets out of it what they need. So I prided myself as someone who was not considered strictly a business type, because after all I studied film at Northwestern and I knew what would make a great movie and when to leave people alone [during the process].

?But there was always going to be this little chasm between me as someone who ran a distribution company and be thought of as ?the suit? - and that would never be able to completely disappear,? he added. ?So that was the balance of making sure they?re doing what?s right for whatever business interests are behind the movie without comprising the vision. Otherwise, it?s a damaged product.?

Currently, Deutchman is an independent producer and a consultant in marketing and distribution of indie films. He is also a professor of professional practice in the School of the Arts at Columbia University, where he also served as chair of the film program from 2011-2015.

It was the latter experience in academia that helped convince Deutchman that his past correspondences could have educational value. In his classes, he?s used his papers to illustrate certain situations to his students. When the time came to compile them all together for donation, he realized how valuable the collection could be to students and researchers.

[btn-post-package]?I came across some incredible angry memos that went back forth between me as the studio person and with filmmakers that I worked with that are very illustrative of the fraught relationship between people on the business side ? and people on the creative side,? Deutchman said. ?So that, to me, is something I think will be interesting for students to discover.?

Something that sticks out when looking through the vast number of films Deutchman has worked on - such as the documentaries ?Harlan County, USA?  and ?Hoop Dreams,? which deal with coal-miners? rights and inner-city life, respectively - is their socially conscious nature.

?I was drawn to films because of the possibilities of changing the world,? he said. ?At least when I was growing up, it was the single most powerful way of getting a message across to many people, and that stuck with me.?

?When a film has a socially conscious message that you agree with and you think of a way of telling that story in an entertaining manner, and it might actually get an audience ? why not??