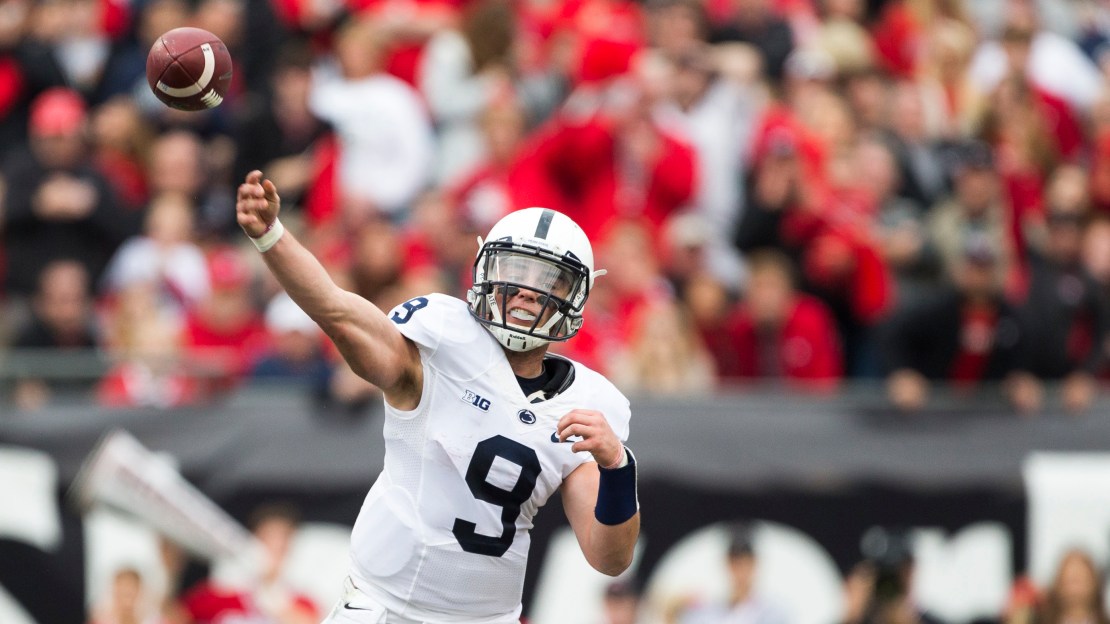 Playing vs. an SEC team is always a good measuring stick for a team. Even an SEC team that canned its head coach, as Mark Richt was fired and is now coaching Miami (FL).

These iconic programs last met in the Sugar Bowl after the 1982 season, when Penn State dumped Heisman winner Hershel Walker and the Bulldogs to win the national championship. The stakes weren?t nearly that high today in a clash that often resembled a taffy pull between teams that played good defense-and spotty offense.

The defeat closes the book on the Big Ten's 2015-16 bowl season, with the conference finishing 5-5.

BEST OF THE TAXSLAYER BOWL

Best play: Trace McSorley TD pass to DaeSean Hamilton. With the Nittany Lions trailing 24-10 in the fourth quarter, McSorley threw a perfect pass to Hamilton, who hauled in a beautiful diving catch with three Georgia defenders around him.

Best player: Let?s go with Penn State QB Trace McSorley, who was thrust into action after Christian Hackenberg hurt a shoulder. McSorley rallied Penn State to within earshot of victory from a 24-3 deficit in the third quarter. He hit 14-of-27 passes for 142 yards with two TDs and ran seven times for 31 yards.

Best moment: Don?t know if was the ?best,? but it certainly was key when Penn State QB Christian Hackenberg left the game midway through the second quarter with a shoulder injury and the game tied, 3-3. Trace McSorley took over. Hackenberg hit 8-of-14 passes for 139 yards and a pick in what may have been his last game.

Offense: B-. The unit can?t seem to get on track. How bad was it this year? PSU ranks No. 13 in the Big Ten in offense (344.0 ypg). The line has been a big issue the last two seasons. There is a lack of talent, depth and experience. But no one denies the quality of skill talent with players like QB Christian Hackenberg, RB Saquon Barkley and WR Chris Godwin, among others. The offense showed some spark today after Hackenberg left in the second quarter with an injury and the game tied, 3-3. PSU notched 401 yards. Godwin had a big day, catching six passes for 133 yards (22.2 ypc).

Defense: A-. The Nittany Lion defense has played well the last two seasons. In 2015, the unit ranks No. 5 in the Big Ten (324.3 ypg), featuring one of the nation?s best players in E Carl Nassib. Front to back, there isn?t one unit that?s a weakness. The unit did a good job today. It limited Georgia to 327 yards. Even better: It came up with a huge fourth-down stop late in the game to give the ball back to the offense with a chance to tie the game.

Stuffed! Penn State gets the ball back with just under 2 minutes to play. pic.twitter.com/TOBVGTM3hJ

Special Teams: C. Trailing 10-3 late in the second quarter, Penn State looked to spark a listless offense with a fake punt. It failed. Georgia was impacted by an injury to its kicker, as the backup missed a field goal. PSU hit its lone field goal. The return game wasn?t a factor.

It was over when: Trace McSorley?s Hail Mary was batted down as the clock expired. If the ball landed in a Penn State receiver's hands, the Nittany Lions could have forced overtime with an extra point or gone for the win with a two-point conversion. Amazing, considering Penn State entered the fourth quarter trailing 24-3.

Look toward 2016: James Franklin went 7-6 his first two seasons in State College with an overall 6-10 Big Ten record. It has been a process, as Franklin is pulling the program out of the morass of NCAA probation. Sanctions are gone and scholarship numbers are up to normal standards, but the roster remains mostly dominated by youth. The maturation process will continue next fall, and that could translate into a push up the East standings. But a big question: Will Christian Hackenberg go pro? If he does, that will alter the dynamic and direction of an offense that has lacked consistency under Franklin.