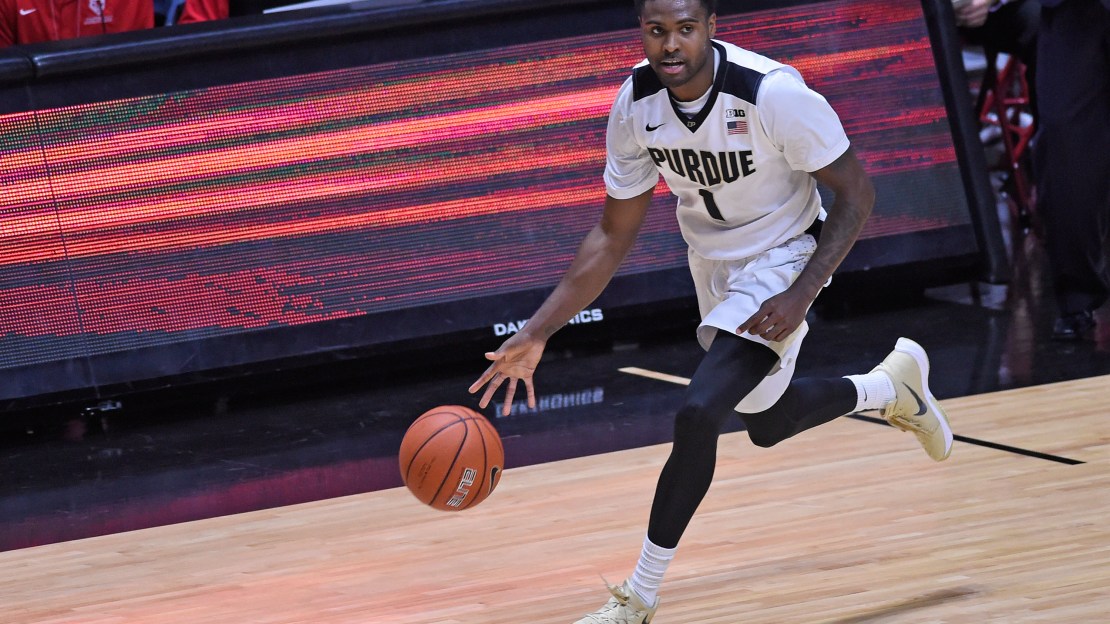 Purdue point guard Johnny Hill had one of those "are you kidding me" dunks against Iowa on Saturday night.

Trailing 55-50 with just under five minutes remaining in the game, Hill drove the lane and threw down a thunderous one-handed dunk over two Iowa defenders.

The Mackey Arena crowd rose to their feet and erupted in cheer following the huge flush.

Check it out in the video at the top of this post.

This has to be up there with the best dunks we have seen this season.

Congrats, Mr. Hill. You have officially earned the title of #BTNStandout!