No. 2 Alabama takes down No. 3 Michigan State in Cotton Bowl 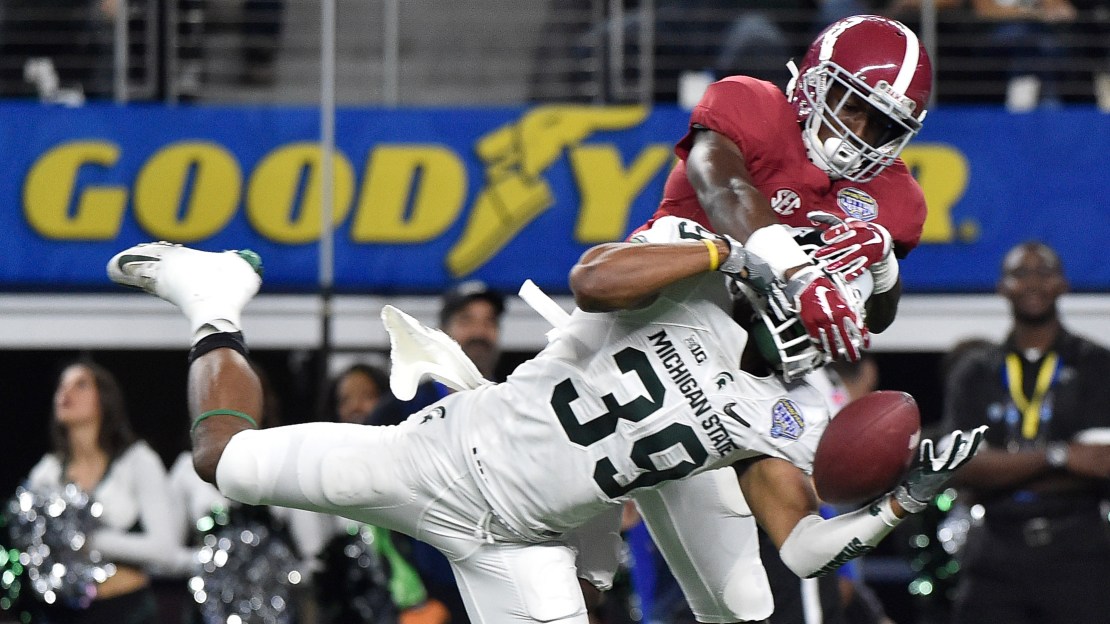 Alabama's Calvin Ridley gets his foot down for TD. Play was overturned by replay. https://t.co/1ofaiewhDR #CottonBowl

(AP) Jake Coker played the game of his career, hooking up with Calvin Ridley for two touchdowns, as the second-ranked Crimson Tide aired it out to beat No. 3 Michigan State 38-0 Thursday night and advance to the national championship game.

Alabama (13-1) will face No. 1 Clemson (14-0), which put away Oklahoma in the first national semifinal, on Jan. 11 in Arizona looking for its fourth national title in nine seasons under coach Nick Saban.

The Tide looked like a team with no weaknesses against overmatched Michigan State (12-2). Coker, the promising Florida State transfer who sat the bench most of last season, was nearly perfect. The senior completed 25 for 30 for 286 yards. The freshman Ridley was brilliant, streaking by defenders on deep throws and outfighting them on jump balls. He caught eight passes for 138 yards.

Just when it looked like Michigan State was ready to score ...

Henry scored the TD, but this 50 yard pass to Calvin Ridley set it up. #CottonBowl https://t.co/pm3fNgWVMO