Gesell, Jok lead Iowa to victory over No. 1 Michigan State 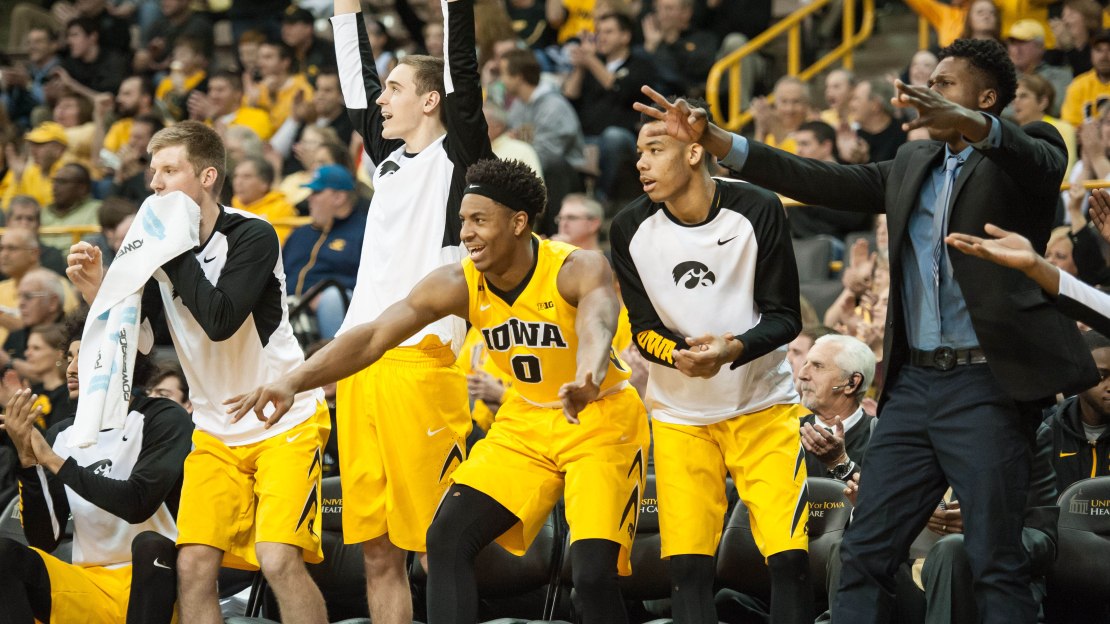 There will be a new No. 1 team in college basketball next week as Mike Gesell, Peter Jok and the Iowa Hawkeyes defeated No. 1 Michigan State 83-70 on Tuesday night.

Gesell scored a career-high 25 points and Jok added 19 points and four assists as the Hawkeyes earned their first victory over a No. 1-ranked team since they beat top-ranked UConn back in 1999.

Following the win, Iowa fans stormed the court, which you can see in the video at the top of this post.

Here is a look at video highlights from Tuesday's Big Ten opener.

The fake, the finish, and the foul! @IowaHoops' Jarrod Uthoff takes it strong to the basket. https://t.co/yJTaBu2nxI

BAER DOWN! @IowaHoops walk-on Nicholas Baer gets the steal and throws down a big two-handed dunk! https://t.co/pN68EfHEzM

Reminder! On Saturday, we will have  five straight men's basketball games on BTN/BTN2Go.