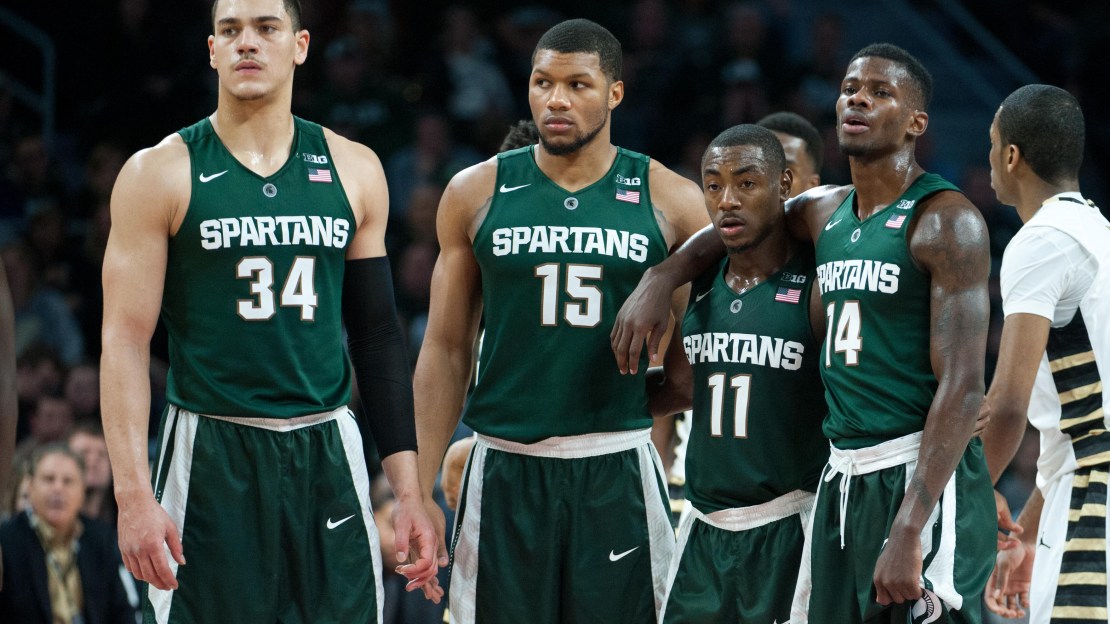 Not all Big Ten conference schedules are created equally. And, that doesn?t make for a fair and level playing field when it comes to crowning a conference champion. But, no one said life is fair.

[btn-post-package]Back before the conference expanded beyond 10 teams, the Big Ten had a nice cut-and-dried system that saw every school play twice-home and road. It was scheduling perfection.

But as the league has grown, a round-robin schedule hasn?t been possible. Now, with a 14-team conference, Big Ten squads play five teams twice and eight teams once (four home; four road). And, depending on the rise and falls of teams, not all of these schedules are created equally, depending on the quality of the foes a school must play twice and whether it's single-plays vs. the top teams are at home or on the road.

"There?s no way around it," BTN analyst Jon Crispin said. "Some teams will benefit from the unbalanced schedule and some teams will certainly struggle more because of it.

"Bottom line is, win the games you are supposed to win and compete and give yourself a chance against the best in the conference, and you should be in a good position come March."

Here is a look at the winners and losers of the conference schedules.

Best draw: Michigan State. The Spartans get a big break by playing Indiana and Maryland once, and they're both in East Lansing. There also is just one game vs. Purdue, but it?s in West Lafayette. Finally, the Spartans get Penn State and Rutgers twice apiece. View Michigan State's full schedule.

A program that is dealing with injuries and looking for consistency needs a break. And, the Illini get one by playing early Big Ten favorites Maryland, Michigan State and Purdue just once each, in addition to drawing a pair of games vs. last-place Rutgers. But Indiana and Wisconsin are on the slate twice. View Illinois' full schedule.

The Hoosiers do not get a double-dose of Maryland, Michigan State or rival Purdue, the Big Ten's three ranked teams. Excellent. And the Boilermakers come to Assembly Hall. But two games vs. Wisconsin could be tough. View Indiana's full schedule.

The developing Gophers catch a break with single-plays vs. Iowa, Maryland, Michigan State, Purdue and Wisconsin, with each of the final four coming in Minneapolis. View Minnesota's full schedule.

Not bad. Single plays vs. Maryland (home), Michigan State (road) and Wisconsin (road) are nice, as is two games vs. both Penn State and Rutgers. But Tim Miles? crew has two tilts vs. Indiana and Purdue. View Nebraska's full schedule.

Pat Chambers? emerging program could get some help from a slate that has single plays vs. Indiana, Maryland, Purdue and Wisconsin. The road schedule, however, includes dates at Iowa, Maryland, Michigan, Michigan State, Ohio State and Purdue, among others. View Penn State's full schedule.

This sets up pretty well for the Boilermakers. Yes, there are double-plays vs. Maryland and Wisconsin. But Michigan State (home) and Indiana (road) are on the menu just once apiece. View Purdue's full schedule.

A building program only plays Indiana, Maryland, Purdue and Wisconsin once, although it draws a home-and-away with Michigan State. View Rutgers' full schedule.

The Hawkeyes? lack of depth will be tested in playing Indiana, Michigan State and Purdue twice. There also is a pair of games vs. Michigan and a trip to Maryland. View Iowa's full schedule.

Indiana and Michigan State come to Ann Arbor. That's nice. But the Wolverines get Maryland and Purdue twice, plus have a trip to Wisconsin and just one game vs. Rutgers. View Michigan's full schedule.

A team in transition doesn?t get a break. There are double-plays vs. Maryland and Michigan State, as well as games at Indiana, Purdue and Wisconsin. View Ohio State's full schedule.