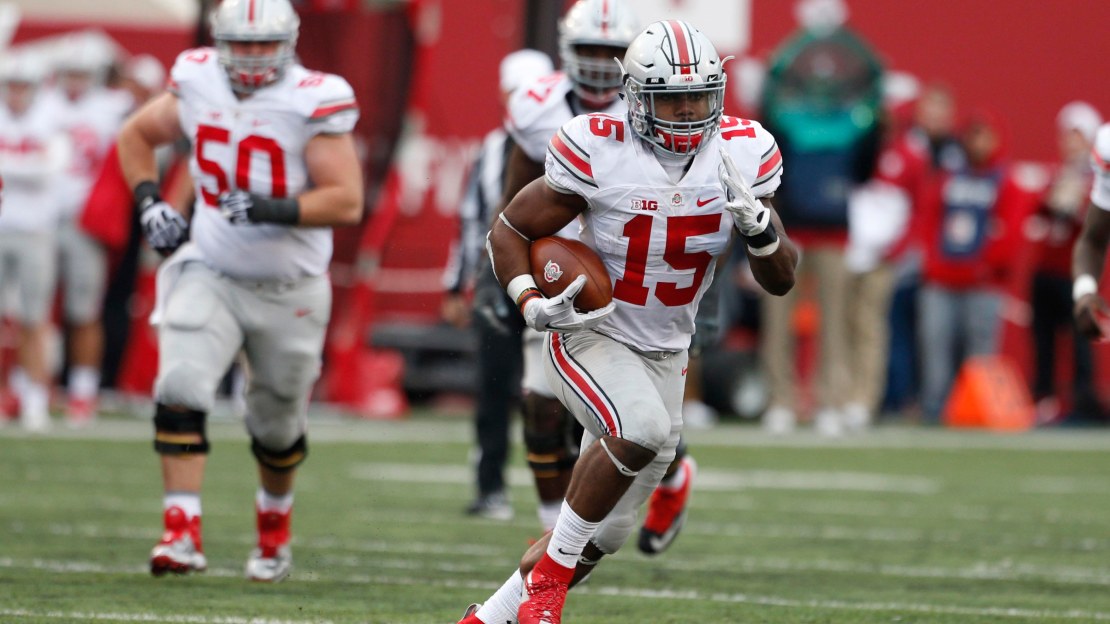 (AP) Ohio State running back Ezekiel Elliott has been cited for three misdemeanors following a car accident Sunday before the team left for the Fiesta Bowl in Arizona.

The junior was cited for driving under suspension, driving without a license and failure to control. The accident occurred at 1:30 p.m. near the Ohio State campus. In the police report, Elliott said he hit a puddle, lost control and struck another vehicle.

The team says Elliott will play Friday against Notre Dame.

Elliot was previously cited by Columbus police for driving 57 mph in a 35 mph zone in June 2014. The case was dismissed Oct. 2, 2014 upon completion of a diversion program and payment of $129 in court costs.