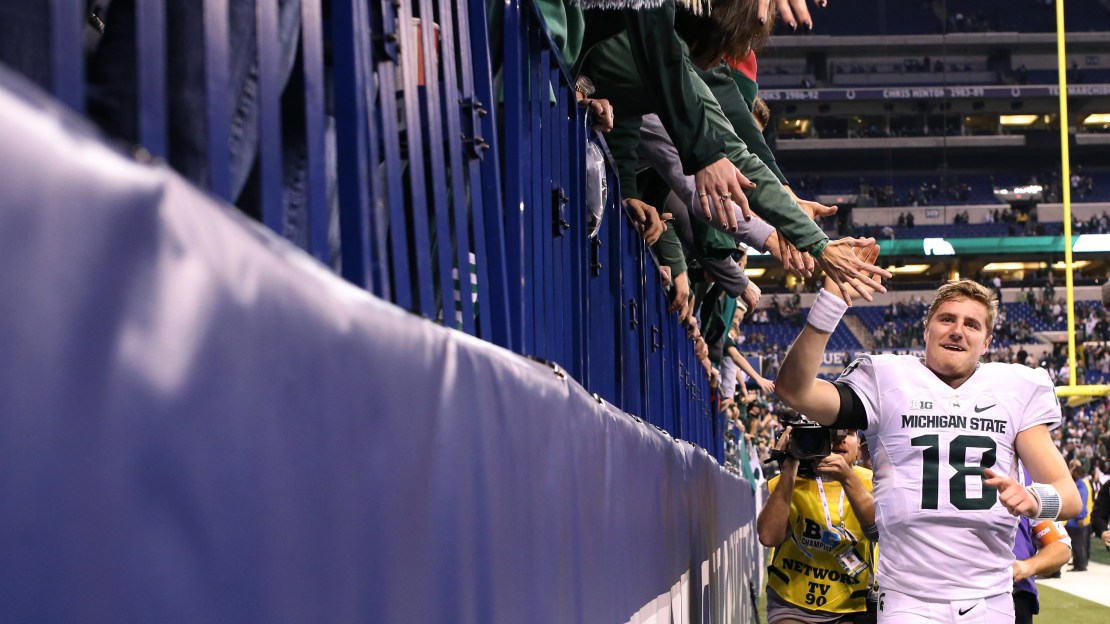 The third-ranked Spartans play No. 2 Alabama on Thursday night in the Cotton Bowl semifinal of the College Football Playoff. Win, and Michigan State will face the Clemson-Oklahoma Orange Bowl semifinal victor in the national championships game.

Cook missed the Ohio State game because of a sore right shoulder, and the pain still lingered through the regular-season finale against Penn State and the Big Ten title game.

Having some down time and nearly a month between games was a huge benefit for the star senior.

"The time off, being home, rehabbing it was great," Cook said. "That was crucial."